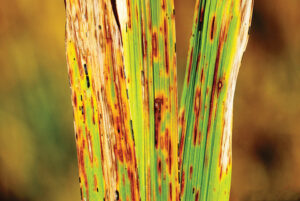 Propiconazole fungicide is used to control narrow brown leaf spot, among other diseases of rice.

Rice shipments, like many other food exports, are becoming increasingly subject to inappropriately low, precautionary maximum residue limits (MRLs) set by overseas markets. Among the shipments most affected are those bound for the European Union, which considers only the potential hazards associated with the use of inputs. They ignore the various risk mitigations required by the U.S. Environmental Protection Agency that ensure those inputs can be used safely.

‌On Feb. 9, the EU Commission quietly issued Regulation 2021/155, a move that makes detection of the chemical propiconazole in any food or imported food into the European Union illegal, beginning Sept. 2.

Prior to implementation of that regulation, propiconazole became a banned substance within the EU, ending farm and commercial use of the chemical within the borders of their 27-member countries after failing to renew the chemical registration.

It is sold as a standalone fungicide and also included in many premixes. The fungicide is designed to prevent or target sheath blight, grain smuts and Cercospora in rice. It also is a foliar application, always applied before harvest.

Among the products labeled for rice that contain propiconazole are Artisan from Nichino America, Bumper from Adama, PropiMax from Corteva, and Tilt and Quilt Xcel from Syngenta.

The United States, for example, has an EPA limit of 7 parts per million for propiconazole residue on rice compared to the EU’s current 1.5 ppm limit that U.S. rice meets easily. However, this is moot with the EU limit moving to zero.

Unfortunately, there are not many cost-effective fungicide alternatives to propiconazole, which means that growers should be cognizant as they apply the chemical moving forward and should let their rice buyers know whether it was applied to specific lots.

Dr. Steve Linscombe, director of The Rice Foundation, said, “We know that the MRL change being talked about is isolated to the EU market, so mills and exporters shipping to the EU will need to be able to identify sources of rice that have not been treated, which is certainly doable. Despite reduction in residue levels after paddy has been milled, there is still a likelihood that detectable residues could be present in brown or milled rice that was treated prior to harvest.

“These types of drastic changes, like complete removal of a product, is frustrating. The EPA has significant research and deems this product safe to use as directed by the label and accounts for risk mitigation factors by growers and processors. The crop protection toolbox for all farmers, and rice farmers in particular, is already small and every time these actions are taken, the more it hurts our bottom line.”

The United Kingdom is now imposing MRLs independently of the EU and has not yet formally announced a change to the propiconazole MRL for rice and other products. However, it is widely expected it will move to mirror the EU’s change sometime next year. USA Rice is working closely with the U.S. Department of Agriculture and other commodity groups to oppose any further reductions in propiconazole residues outside of the EU.