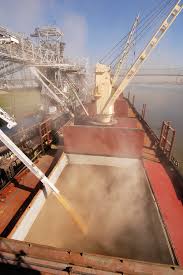 Over the past 20 years, export sales through the second week in December represented about 35% of total rice exports for the marketing year — photo by Bruce Schultz, LSU AgCenter

The rice market continues to slowly move up as tighter supplies and generally strong demand has helped to support higher prices. While the December 2019 World Supply and Demand Estimates report did not provide many significant changes from the previous month, the changes it did make reinforced the perceived strong market demand and tighter overall stocks.

If this historic relationship holds for the current marketing year, long-grain rough exports would be more than 10% higher than the previous year while milled exports would be more than 20% higher. Although it may be unrealistic to think that this pace will continue for the second half of the marketing year, there is still plenty of positive momentum on the demand side of the supply-and-demand fundamentals of this market.

Adding to the positive tone of the market are the recent announcements of two trade agreements. The House of Representative recently passed the U.S. Mexico-Canada-America trade agreement, and the Senate will now take it up.

All signs point to its passage, and that should help to continue to support and strengthen trade between the United States, Mexico and Canada. In addition, recent reports of the United States and China agreeing to begin to limit tariffs hold promise, creating a more hospitable trade environment for all agricultural commodities.

While neither of these announcements guarantees continued strong rice export demand, they could go a long way in helping to reduce barriers to agricultural trade and create more opportunities moving forward.

With improving supply-and-demand fundamentals, it certainly appears that the foundation has been laid for continued strength in rice prices, particularly in the short term. Currently, cash rice prices have been reported in the $20 to $20.25 per-barrel range ($12.35 to $12.50 cwt). While the holiday season and the start of the new year will likely limit any significant price movement as market activity typically comes to a standstill, there could be some upward pressure on prices if the demand outlook remains positive once the market starts to ramp back up in late January/early February.

It is always difficult to determine how much upward price potential a market has, but it is conceivable that prices could approach $21 per barrel ($13 cwt) for good quality rice. The biggest barrier to prices in the short term may be quality issues seen in some areas because of the difficult production season.

The longer-term outlook for rice prices certainly seems to be dependent on the size of the 2020 rice crop. It shouldn’t be forgotten that while demand has helped support prices in 2019, much of the market improvement is due to lower acreage and supplies. Total rice acres were down by 400,000 acres in 2019.

The question becomes how much of those acres are recaptured by the market in 2020. Profitability projections at current new crop price levels suggest rice is extremely competitive with crop alternatives and, in many cases, may be the better alternative.

It is conceivable that much of those 400,000 acres will come back to rice production in 2020. If that happens, it would certainly be expected lower rice prices. It may be suggested that the market could fall back to prices seen during the 2018/19 marketing year, but there is a stronger supply-and-demand foundation heading into the 2020 crop year that should limit some of this downward pressure.

Regardless, it seems fairly safe to say that if the market sees a large acreage increase in 2020, price prospects will be lower than current levels. As such, producers may consider using the positive tone of the current price situation as an opportunity to manage some of the price risk for the 2020 crop.

Wishing everyone a blessed and safe holiday season and a prosperous new year.