I grew up on a small farm in Lynn, Ark., where my dad, Howard Brannon, grew rice, soybeans and grain sorghum. While we spent time together, he taught me about agriculture, especially how to fix equipment. After observing one of our rice consultants working with the crop, I decided to pursue this profession as well. I graduated from Arkansas State University with a degree in plant science, and the rest — as they say — is history.

In 2016, weather was the biggest contributing factor to the outcome of the rice crop in our area. Planting season went well, and then it rained the entire month of May. We weren’t able to go to flood until the very end of May, first of June, which put us behind a bit. The real damage occurred late in the season when high temperatures affected the pollination stage and decreased yield by about 20 percent.

Weed Control Strategy
From a production standpoint, our biggest challenge is weed control. Barnyardgrass, which is resistant to many of the herbicides, is always at the top of the list. My standard weed control program in fields with barnyardgrass problems begins with a pre-plant application of Obey herbicide followed by a very early post application of Clincher and Prowl. Some of the barnyardgrass in our area is not resistant to Clincher.

Once barnyardgrass begins to emerge and is still small, I make a pre-flood application of Grasp SC and RiceBeaux, which contains thiobencarb. We’ve recently had problems with hard-to-control sedges moving into the area. RiceBeaux heats up the Grasp and makes it work faster. And thiobencarb provides an additional mode of action. The smaller the weeds, the better chance you have of killing them. I like to make this application before barnyardgrass reaches the three-leaf stage.

Propanil-resistant barnyardgrass is the main culprit we have to deal with, but there is still a gamut of other weeds out there. Although my program typically eliminates weed competition, we’ve recently had problems with hard-to-control sedges moving into the area. When Loyant herbicide becomes available, we hope its alternative mode of action will save the day against these weeds. 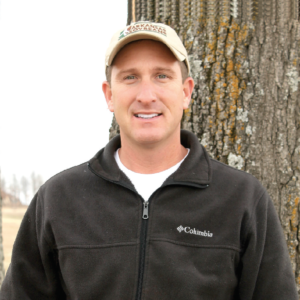