Dr. Jarrod T. Hardke Arkansas Rice Extension Agronomist University of Arkansas, Cooperative Extension Service jradke@uaex.edu If I had told growers in January that they should plant their rice in May to achieve the best yields and that mid-April would be terrible, I’d have been laughed out of every room. But I would’ve been right. Against long-term trends that say “the ... END_OF_DOCUMENT_TOKEN_TO_BE_REPLACED 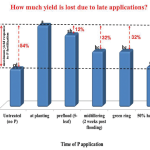 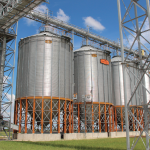 No cash bids being offered throughout the year can definitely be described as a “tight spot.” And when rice farmers find themselves in a tight spot, they don’t give up. That’s not their nature. Instead, they look for another alternative to sell their rice. Several years ago, a small group of rice farmers in southwest Louisiana, who were faced with this situation, came up with an idea to send their rice to Mexico via rail. The inspiration for this thought was a rail facility located at the Lacassine Agri-Industrial Park that originally had been intended to carry sugar. Although that venture did not pan out, the property, infrastructure, spur and truck scales were all still there. Mark Pousson, who is the manager of what is now the South Louisiana Rail Facility (SLRF) in Lacasinne, explains how Mike Strain – the Commissioner of Agriculture and Forestry in Louisiana – and Governor Jindal’s administration worked with them to “make something happen.” END_OF_DOCUMENT_TOKEN_TO_BE_REPLACED

Strange Is The New Normal