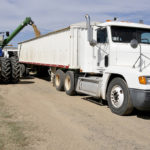 Record grain yields were last achieved in Louisiana during the 2014 growing season when we were blessed with very favorable weather conditions. Until 2018, each crop since 2014 had been successively lower yielding than the year before. Louisiana saw constant rainfall and cloudy conditions nearly the entire rice growth period in 2015. In 2016, record flooding occurred when more than ... END_OF_DOCUMENT_TOKEN_TO_BE_REPLACED