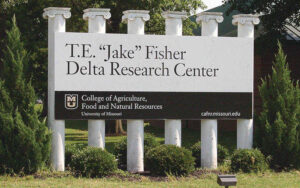 University of Missouri officials announced July 14 that over the next nine months, the Missouri Agricultural Experiment Station and its collection of farms and centers will undergo a restructuring to make MOAES more efficient, effective and relevant. This restructuring will better align the statewide network of agricultural research centers with the strategic priorities of the MU College of Agriculture, Food and Natural Resources and MU Extension.

Following a yearlong process that included internal and external reviews, a task force examined that work and met with additional stakeholders before making final recommendations to UM President Mun Choi, who reviewed and approved the recommendations.

Missouri Farm Bureau and the University of Missouri have been partners in agricultural research for more than 100 years. Under the restructuring plan, resources will be targeted to research and outreach priorities.

In addition to the task force, CAFNR administrators requested two internal reports from a team of research center superintendents and agricultural economists, examined a review from an external committee, and gathered feedback from faculty, staff and stakeholders.

MOAES restructuring will begin with the following recommendations:

• Restructure and realign the centers and farms into four research hubs operated by CAFNR and four Extension and Education centers operated by MU Extension.

• Develop a comprehensive communications plan to reach younger farmers and ranchers who are starting their careers in agriculture.

“We are one statewide experiment station,” said Shibu Jose, associate dean for research and director of the MOAES. “The new structures will allow us to function cohesively as an experiment station with MU Extension and will maintain the relevancy for Missouri agriculture far into the 21st century.”

The University of Missouri contributed this article.

A range of choices