The rice market is starting to feel similar to a rollercoaster ride with highs and lows. After starting at extremely low levels in June and July, prices made a sustained move higher over the next couple of months. Momentum from lower acreage and lower production along with a strong start in export demand for the 2015-16 marketing year helped push prices higher.

However, now that harvest is over, prices have seemed to reach a momentary plateau and have started to fall in some markets.

Lower acreage, lower yield and strong export demand pushed prices higher during the first two months of the marketing year. The U.S. Department of Agriculture has reduced the estimated 2015 rice acreage by roughly 300,000 acres from the initial projection released in the planting intentions report. 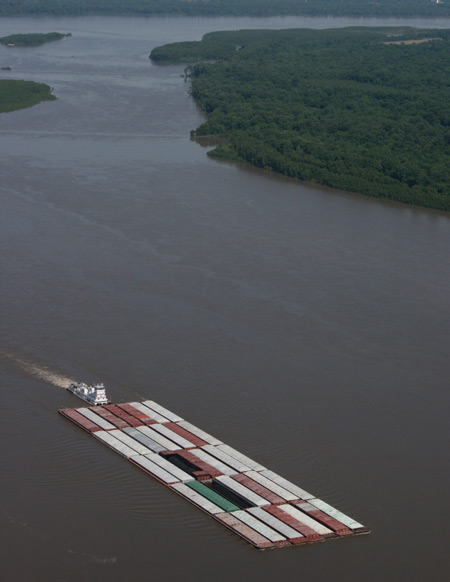 The 2015-16 marketing year got off to a strong start. Through Oct. 22, total rice exports were up more than 80 percent from the previous year.

In addition, adverse weather conditions throughout much of the growing season have lowered yield expectation for most of the rice producing states. Current USDA projections show average rice yields across the United States down 3.5 percent from 2014, with individual state yields down from slightly more than 2 percent to more than 7 percent.

In fact, many market analysts believe that yields are actually down closer to 10 to 15 percent. The yield reductions coupled with lower acreage means total rice production for 2015 is more than 15 percent lower than 2014. This significant reduction in total rice supplies was one of the major reasons the market experienced the price strength during August and September.

Large increases in medium grain exports also were seen. This strong start to the marketing year coupled with the lower production estimates created the price strength that has been experienced. So with the improving supply and demand picture for rice, why are prices beginning to stagnate and move lower? First, with harvest essentially over, the market is more confident in the size of the 2015 crop, and some of the risk premium that built up in the market has started to leave.

Second, and probably more importantly, is that while demand has been undeniably stronger, it has been spotty. A couple of large rough rice sales to Venezuela early in the marketing year and a large milled rice sale to Iraq early created the quick start to the year.

However, there hasn’t been enough of a continuation of those large rough rice and milled rice sales to keep the positive momentum in the market going. Once the market secured enough rice to fill that early business, the inability to follow that up with additional large sales reduced the pressure to move prices higher.

This market currently finds itself in the same situation it has been for the past several yields and that is being dependent on demand to provide a price spark. The market is undoubtedly in a better position with the lower acreage and production and should help minimize downside price risk. However, unless more consistent demand can be found, it is difficult to see the incentive for the market to push prices significantly higher.

Prices seemed to momentarily top out in the $20- to $21-perbarrel ($12.35 to $12.96 per hundredweight) range and in some cases have fallen back to the $19-per-barrel ($11.73 cwt) range. If more consistent demand can start to materialize, I think there is a chance for this market to regain some momentum.

I think there is a chance for prices to move to the $21- to $22-per-barrel ($12.96 to $13.58 cwt) range and perhaps even to the $23-per-barrel ($14.20 cwt) range. This would be particularly true for higher-milling and higher-quality rice. However, this will not happen without an infusion of sustained demand into the market.