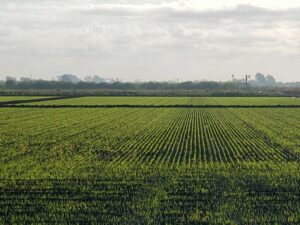 If all goes as planned, Horizon Ag hopes to have enough seed of the new Provisia PVL03 rice variety to plant a very limited number of commercial acres in 2021. Significantly more seed should be available for the 2022 season, said Horizon Ag General Manager Tim Walker.

“We definitely think that PVL03 will be an improvement in the Provisia rice system,” he said. “We’re doing our best to bring something to the market in a timely manner knowing that the first two are what I like to term adequate for a technology launch. This variety is much more in line with industry standards for Southern long grains.”

PVL03, the latest in the Provisia line, boasts improved blast resistance, a longer kernel length, and shorter stature compared to the previously released PVL02. They are from the breeding program of Dr. Adam Famoso, Louisiana State University AgCenter rice breeder.

A contact herbicide that contains the active ingredient, quizalofop, Provisia herbicide targets weedy rice and grasses. It is promoted as part of an overall program approach to rice weed control.

PVL03 is planted in Brownsville, Texas, and Puerto Rico this winter. Seed from Brownsville is expected to be available to plant roughly 10,000 commercial acres in 2021. Puerto Rican production will go toward seed production in 2021.

In multiple trial locations during the past two years, PVL03 yielded as well or better than its predecessor, PVL02.
What really sets the new Provisia variety apart is its strong disease package, Famoso said. Like many of the new Mid-South variety releases, PVL03 contains the Pi-ta gene for blast resistance. PVL02 was very susceptible to the fungal disease as was PVL01.

PVL03 also has an ideal kernel length that averages about 7 millimeters, which places it between the shorter length PVL02 (6.5mm) and the very long grain PVL01 (7.4 mm).

“(PVL02) is a long grain as far as the cooking profile, but it has a grain length of 6.5, which isn’t much different than CL151,” Famoso said. “(PVL02) is definitely on the short end of the long-grain spectrum. Basically, we want growers to get that grain length back with PVL03, and this is a pretty solid 7.”

PVL03 also has a bold, translucent grain, which has drawn the praise of a large independent miller, Walker said. Milling has not been an issue with the new variety, either.

Much like PVL02, PVL03 also has good tolerance to Provisia herbicide and showed no signs of crop injury even when sprayed with up to three times the labeled rate.

Famoso admits his varietal ratings are based on only two years of multi-location trials, but he said he feels confident about how PVL03 will perform overall and what it will offer the industy.

Of course, putting it in the hands of farmers who plant significant acreage will provide a better understanding of what the new Provisia variety brings to the table.

“Across the board and across all of the key traits when we compare it to all of the other Provisia, we don’t think we’re giving up anything,” he said.

Much like the evolution of Clearfield varieties, the initial Provisia release — PVL01 — made the technology available to growers but had some shortcomings. The subsequent release, PVL02, offered significant improvements on yield potential.

“We’ve said this from the beginning. There’s a long way to come in terms of Provisia varieties from what we started with. Every 1½ to three years, we’ll come out with a new one. There’s a lot of opportunities to improve.”

And PVL03 continues the trend, with more Provisia varieties in the pipeline, Famoso said.

Print & E-mail
horizon ag lsu agcenter provisia rice 2020-12-01
Vicky
Previous: ‘My sincerest gratitude to all’ as I leave MSU
Next: A nontraditional December fit for 2020