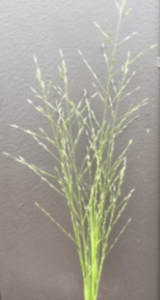 A weed not typically associated with flooded rice fields has begun to trouble at least one Arkansas rice producer.

The Poinsett County grower first brought the problem of stinkgrass to the attention of Bob Scott, University of Arkansas Extension weed specialist, in 2016, according to a university post.

Stinkgrass, known scientifically as Eragrostic cilianensis is common throughout the lower 48 states but isn’t considered a major agricultural weed in Arkansas. Although it is normally found in wetter areas along roadsides, ditches and other non-cultivate areas, it usually doesn’t survive flooded conditions.

The Poinsett County grower noticed the weed creeping into his flooded rice fields from edges and levees last season. Scott conducted an initial on-farm evaluation with high rates of both Clincher and RiceStar without success. Newpath and Beyond fared no better.

Scott says with the exception of Provisia herbicide, no herbicides soon to be registered for rice were able to control stinkgrass when applied post. But he says further evaluation in the field with newer products is needed.

In addition, stinkgrass can survive shallow flood once established but it can’t withstand deeper water that tops the weed.