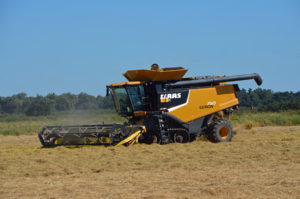 If early harvest results are any indication of things to come, California rice farmers say they should have a decent crop this year with good market conditions to match.

Except for the late May rains that caused delays in planting for many growers, Colusa County farmer Don Traynham said the “very mild, good growing season” helped pave the way for what he expects will be a good year for growers.

Traynham started harvest about two weeks ago on fields of short-grain rice, a shorter-season variety that typically matures about 10 days earlier than medium-grain Calrose, the predominant variety grown in the state. He said he expects more growers in the Sacramento Valley will begin to ramp up harvest this week.

Wet conditions prevented him from planting about 15% of his acreage. Though growers expressed concern in the spring that later planting could lead to lower yields, Traynham described his yields so far as “very good” and comparable to his production last year.

“My gut instinct tells me that about 75% of this crop across California is going to be good, similar to what has been the last couple of years,” he said. “The question mark is the last 25% that we planted very late and not in ideal conditions. That’s where I think we’ll see some yield loss.”

Mike DeWit, who farms rice in Yolo and Sutter counties, won’t start harvest for another week or so, but he described the “outward appearance” of his crop as “good,” despite some challenges this year with weed control, as wind and rain in the spring “messed up some herbicide applications.”

Because some of his rice ground lies in the Sutter Bypass, which stayed too saturated to plant, DeWit said he left those acres fallow and filed for prevented-planting insurance. Considering the troubles growers experienced in the spring trying to plant their crop, he said “nobody’s complaining” now, though he added he doesn’t think yields will be as high as last year.

“It looks a lot better than it started out,” he said. “I think we dodged a big bullet and had almost a perfect growing season over the summer that brought the crop along—better than we expected, given the start.”

With most of his rice acreage up against the Sutter Bypass, Sutter County grower David Richter said seepage in the fields pushed planting back by about 10 days, with one field left unplanted because it didn’t dry in time. He described most of his rice stands as looking “pretty good,” though he said that is not a sure sign of a healthy crop, as farmers won’t know their true yields until they harvest the crop and get it in the dryer.

“Are we going to have blanks? That’s the big question,” he said. “Traditionally, the later you get, the less yields you get, but that’s not always the case.” 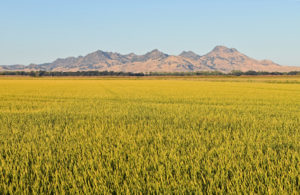 Richter said his region did receive some light rain early last week that may have halted harvest a day for those who had gotten started. With his own fields still about a week away from being ready, he said the brief moisture dried quickly and was not enough to cause lodging or other problems.

Though he won’t know how well his crop produced until he starts harvesting sometime this week, Colusa County grower Don Bransford said he usually looks to the state’s tomato crop as a predictor.

“Our rule of thumb is if the yields on the tomatoes are good, then the rice tends to be good—and the tomato crop has been excellent,” he said, noting that a few growers he’s talked to who’ve harvested some of their rice say their yields are up this year.

Growers say they’re encouraged by the market for the crop they’re harvesting, as low rice inventories have helped prices. This stands in contrast to two years ago, when an oversupply dragged prices to unprofitable levels, Traynham said. Buyers took advantage of the lower prices, allowing marketers to sell most of the stock coming into the 2018 season.

Despite the later plantings, California rice acreage remains similar to last year’s levels — 492,000 compared to 506,000 in 2018, according to the U.S. Department of Agriculture. Traynham said growers are coming into the 2019 harvest season with low stocks again and “supply and demand in balance.”

“There’s not much rice out there,” DeWit said. “All the indications are the market is fairly stable, if not on an upward trend. Guys with not too many mistakes can make money at today’s prices.”

With China finally buying American rice after reaching a deal with the U.S. in 2017—and the first confirmed sale to the Asian nation by a California rice company this year—Bransford said the Chinese export market “has the potential to hugely impact the industry in a positive way.”

“But until these trade disputes get resolved, who knows what’s going to happen,” he added.

Ching Lee is an assistant editor of Ag Alert. She may be contacted at clee@cfbf.com. This article first appeared in the California Farm Bureau’s Ag Alert.