The yin and yang 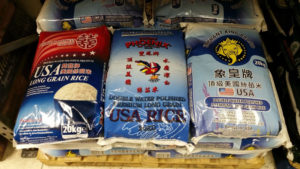 When reviewing the factors influencing the rice market, it becomes fairly apparent that contrasting forces could shape future price movement.

On one hand, the supply-and-demand fundamentals for the rice market are as positive as they have been in many years.

Ending stocks for all rice are estimated at 29.2 million hundredweight for the 2017/18 marketing year, the lowest since the 2000/01 marketing year. Long-grain rice stocks are also historically low at 16.4 million cwt and are nearly 50 percent lower than the previous year.

The significantly tighter supply situation has helped strengthen and support prices to this point in the marketing year and give some promise for further strengthening until new supplies become available with the 2018 crop. While demand will have to play a part in any future price improvement, it is not unreasonable to project another $1 to $1.50 per barrel upside potential in this market in the short term.

The contrasting view to the positive supply-and-demand picture is the potential for increased acreage and production in 2018. While the potential for larger supplies would always be a concern for a market, it is even more troubling for the rice market as much of the price improvement in 2017 has been attributable to lower supplies and much less to improved demand.

If the price improvement has been mostly driven by lower supplies, then the potential of recapturing those supplies with increased acreage and production would suggest the potential for considerable downward pressure on prices in 2018.

As it relates to potential acreage this season, the biggest player will likely be Arkansas. Given that that state represents roughly half of all U.S. rice acres planted, a large shift in Arkansas acres could have significant impacts. Looking at trends in Arkansas rice since 2000 shows that each time acres fell by more than 5 percent in one year, acres increased by an average of nearly 11 percent the next.

This trend is even more dramatic since 2012 — acres increased by an average of nearly 23 percent following a year in which acres decreased by at least 5 percent. Adding to the view of larger Arkansas acreage in 2018 is the lack of attractive alternatives.

According to profitability projections developed by the University of Arkansas, rice holds a considerable advantage in projected returns above both variable and fixed costs. With all signs pointing to higher Arkansas acreage, early projections suggest acres could increase from 1.1 million in 2017 to 1.3 million to 1.4 million in 2018. In addition, more pressure will be placed on the demand side of the market to keep prices supported. Unfortunately, the demand side has had difficulty establishing any consistency over the past several years.

So which of these contrasting views of the market will eventually win out? This really could be a situation in which we see short-term improvement in prices, followed by considerable downward pressure. In the short term, signs are beginning to materialize that tight supplies will finally start forcing prices higher.

After stalling around the $20 per-barrel level ($5.55 per bushel or $12.34 cwt) over the past couple of months, more reports are starting to surface of prices in the low- to mid-$20 per-barrel range with most market analysts pointing to $21 per barrel ($5.83 per bushel or $12.96 cwt) before any significant interest from sellers.

This short-term strength should not, however, be taken as a sign for longer-term price direction. Unless something changes that drastically alters the outlook for 2018 acreage and production, long-term prices are likely to come under pressure.

Although the improved fundamental supply-and-demand situation that has developed for the 2017/18 marketing year will give a stronger foundation to start the 2018 production year, the current projections for 2018 acreage and uncertainty regarding overall demand strength suggests a price projection for the 2018/19 marketing year in the $17 to $19 per-barrel range ($10.50 to $11.73 cwt).