The U.S. Department of Agriculture released its planted acreage estimates June 28, and it showed 2.76 million acres of planted rice, a 6% decrease from 2018 planted acres. The area estimated for harvest this season is 2.71 million acres, down 7% from last year.

Given the weather challenges during planting, the report surprised many.

“On one hand, it wasn’t surprising that the June Acreage totals for Arkansas were below the March intentions and 2018 acres – that was assumed,” University of Arkansas Extension ag economist Scott Stiles wrote in a recent newsletter to growers. “The real surprise came in how narrow the difference was. According to NASS, Arkansas farmers indicated they would plant 1.14 million acres of long-grain this year, down 110,000 acres from last year and just 60,000 less than intentions in March.

“Looking at U.S. rice acres, farmers indicated they would plant 2.057 million acres of long-grain; down just 94,000 acres from the March intentions. NASS also projected long-grain harvested acreage at 2.027 million. This could be a real problem going forward for the rice market.”

Long-grain rice planted area decreased 6% from last year, with decreases estimated in all states, except Mississippi and Texas.

As of June 23, 66% of the rice acreage was rated in good to excellent condition, compared with 70% rated in these two categories at the same time last year. 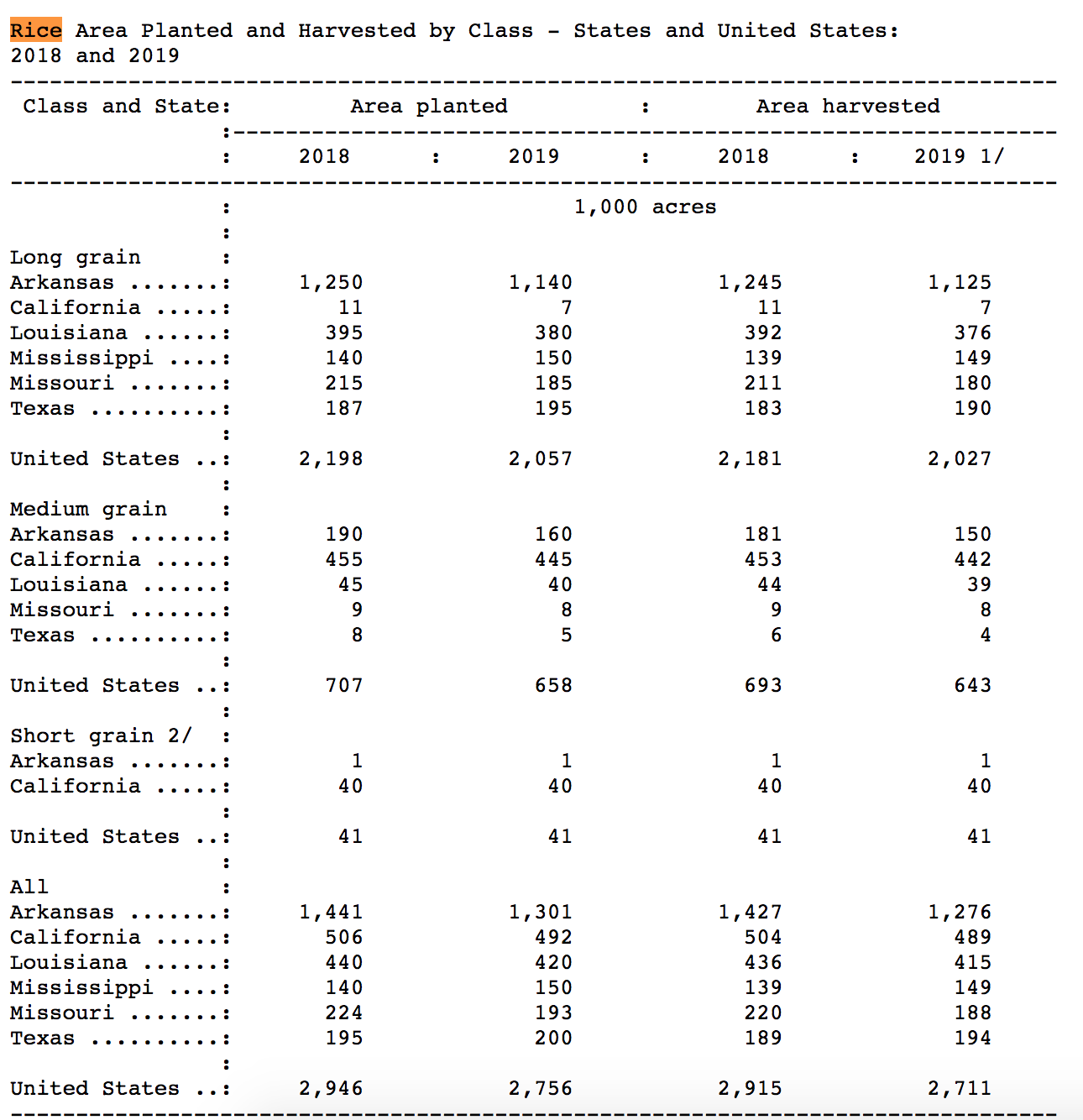