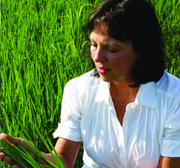 For several years, I lived next door to a fascinating elderly gentleman named Mr. Mac. He was a World War II veteran who had served in the Navy, a retired businessman who had worked in the grain industry for most of his life, a loving husband and father, a huge fan of the Kentucky Derby and a really good Gin Rummy player.

Mr. Mac was known for hosting small, neighborhood card tournaments that sometimes went on for weeks during the early evening hours. He would pop a Frank Sinatra tape into the cassette player that he kept on top of the counter and bring out a big plate of summer sausage, pepper jack cheese, black olives and crackers. Mr. Mac kept everyone in stitches as he extemporaneously broke into simple songs from his childhood that none of us had ever heard of before. But when Mr. Mac sang them, they were hilarious. Then, after soundly beating us at Gin Rummy, he would jokingly declare himself Champion of the World and offer tips to help us step up our game.

This Memphis native was also a captivating storyteller. He loved to entertain his guests with detailed anecdotes drawn from every facet of his life from walking to school and buying an apple for a penny from the vendor who set up shop on the corner of his neighborhood to recounting what daily life was like aboard the huge ship during his time in the service.

Mr. Mac also taught me the significance of having a “sterling” friend. He said that throughout life people might claim to have many friends, but only those that you consider “sterling” – of the highest quality – will stand by you under any circumstances. Needless to say, to be counted as a sterling friend of Mr. Mac’s was considered quite an honor.

Although he has now passed away, I still think of Mr. Mac from time to time and appreciate having learned so much and laughed so often while in his presence.

Oddly enough, I thought of him the other day in the context of the new Farm Bill and the decisions that farmers and landowners have to make as a result of its stipulations. As I have talked with farmers over the past two to three months, I’ve heard many of them say they think their best option is to stick with growing rice if that is what they have been doing in the past. For others who may not have grown much rice, but have ground that is suited for it, some are opting to make rice a big part of their operation.

When I ask why, the response is almost always along the lines that compared to the other commodities, rice is the most dependable. Many go so far as to say, “A farmer can always make a rice crop. We can count on it not to let us down.”

It occurred to me that these remarks sound a lot like my affable neighbor’s definition of a sterling friend. Thus, in Mr. Mac’s honor, I dub rice as the “sterling commodity” – a grain of the highest quality that hopefully will be there to support our farmers under any circumstances.