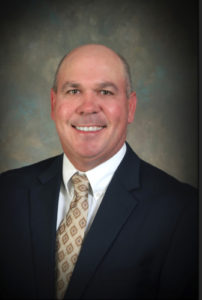 Donald A. Leonards, a fourth-generation rice producer near Crowley, La., was named the 2016 Rice Farmer of the Year by the 80th International Rice Festival.

He will be recognized during the festival, which will be held Oct. 20-23 in Crowley.

Leonards grew up on a rice farm, driving trucks and carts for his father, Dennis, as soon as he was able to reach the clutch, according to a news release.

Dennis was a believer that there was no one right way to farm rice, so he urged his son to work for other local rice farmers during the summer to gain new perspectives.

Donald earned a degree in agriculture business in 1994 from the University of South Louisiana that included an internship with Pioneer Seed Co. working with farmers and seed dealers throughout Louisiana.

After graduation, he and his brother, Bubba, formed a partnership and began farming 800 acres north of Iota. Donald bought out his brother’s share in 1999 and became the sole operator. Today, he farms more than 1,400 acres split between crawfish and rice. On the rice ground, he grows CL 111, Mermentau and Cheniere.

When asked why farm, given all of the challenges and frustrations, Leonards says, “Just like with any job, there are challenges. Farming is an occupation built on faith and hard work. Every day is a new adventure. If it’s in your blood, it runs deep. It’s what I love. It might sound crazy, but when rice is growing, there’s a certain smell. There’s nothing like it.”

Donald also gives back to the industry and the community. He has served as vice president of the St. Francis Catholic School Advisory Council and the Acadia-Evangeline Fire Protection District Board and as a volunteer firefighter.

He also is active in the rice threshing demonstrations at the Robert’s Cove Germanfest and the Rice Festival.