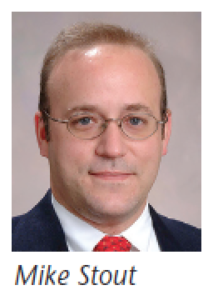 Dr. Mike Stout, who for 19 years has served as a rice entomologist, was recently named head of the Louisiana State University Department of Entomology. He replaces Jim Ottea, who served as interim head.

Stout received a bachelor’s degree in biology from the University of California, Berkeley, and a doctorate from UC Davis. He came to the LSU AgCenter in 1997.

Stout will continue to conduct research on plant-insect interactions and teach a course on plant resistance, according to a news release.

“We have an extremely talented faculty working on issues that have global relevance—Zika virus, termites, crop pests,” he said in the release. “My vision is to grow the department and build on the strong foundation that is already there.”

The Department of Entomology has 14 faculty members and 35 graduate students. The department also teaches undergraduates through general education courses and a minor in entomology. 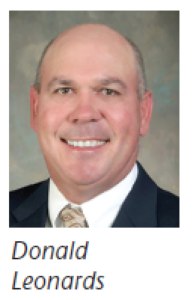 Donald A. Leonards, a fourth-generation rice producer near Crowley, La., was named the 2016 Rice Farmer of the Year by the 80th International Rice Festival held in Crowley.

Leonards grew up on a rice farm, driving trucks and carts for his father, Dennis, as soon as he was able to reach the clutch, according to a news release.

After graduating from college, he and his brother, Bubba, formed a partnership and began farming 800 acres north of Iota. Donald bought out his brother’s share in 1999 and became the sole operator. Today, he farms more than 1,400 acres split between crawfish and rice. On the rice ground, he grows CL 111, Mermentau and Cheniere.

Donald also gives back to the industry and the community. He has served as vice president of the St. Francis Catholic School Advisory Council and the Acadia-Evangeline Fire Protection District Board and as a volunteer firefighter.

Homer Lundberg, who with his three older brothers founded Lundberg Family Farms in Richvale, Calif., was honored at the annual California Rice Field Day for his decades of service to the rice industry and his community.

After attending college and serving in the Air Force, Homer returned to the family farm in 1959.

Over the years, he and his brothers adopted conservation practices and began growing organically. Long before the California Air Resources Board began phasing out open-field burning of rice straw in 1992, the Lundbergs were flooding fields in the fall and rolling rice straw to aid winter decomposition. In 1969, they started milling their own organic brown rice and founded a company that eventually became Lundberg Family Farms. Joining Homer in the company were his brothers Eldon, Harlan and Wendell, who are now deceased.

Homer Lundberg rose through the company ranks to chairman, a position he held until stepping down in 2006 to allow the third generation to take over.

He was active in the rice industry, having served on the board of the Butte County Rice Association for eight years and the California Rice Research Foundation Board for 17 years.

In receiving the honor at the annual Rice Field Day, Lundberg says he was humbled by the award and grateful for predecessors who established the rice experiment station.

“Someone had the genius and audacity to experiment with rice,” he says. “They put together a cooperative rice research station that cooperates with the USDA and UC and the growers to keep us on the cutting edge of science and technology, and I am so grateful for that.”