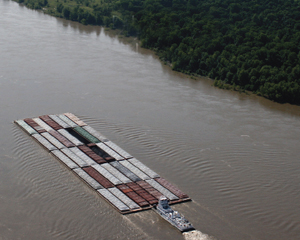 By Kurt Guidry
LSU AgCenter
After not having a supply and demand report from the USDA in October due to the government shutdown, the November World Agricultural Supply and Demand Estimates report was highly anticipated by many of the commodity markets. For rice, the biggest changes made to the supply and demand situation were an increase in expected 2013 production and larger ending stocks for the 2013/14 marketing year. Strong yield reports that were circulating for much of the harvest season seemed to be verified in the November report as USDA increased expected yields for the United States by nearly 2 percent.

With the rice harvest essentially over with the exception of some ratoon crop to be harvested in Louisiana, there shouldn’t be much in the way of surprises to production estimates moving forward. While there are some reports that yields from late-planted rice in Arkansas have been below those of earlier rice, there doesn’t seem to be enough to suggest that USDA will be forced to make radical adjustments in its November production estimates moving forward.

The strong yields that have been seen in 2013 are likely going to offset some of the impact that we might have expected from the lower acres in 2013. Earlier in the year, there was some thought that with total rice acres down by roughly 8 percent in 2013, that should tighten supplies and help support prices. While we have seen some stabilization in prices at slightly higher levels than in 2012, there hasn’t been much evidence of the market being able to consistently generate markedly higher prices. While some of this inability to move prices higher has likely been a result of demand strength, at least some of the cause has likely been the better-than-average yields and production being seen in 2013. So while supplies are lower for the 2013/14 marketing year, they have not yet proven to be tight enough to push prices consistently to dramatically higher levels.

As has been the case for the last several years, the ability of prices to create any significant momentum will likely lie squarely on how the demand for rice plays out for the remainder of the marketing year. While there seems to be some optimism for demand in the market, demand to this point of the 2013/14 marketing year has just been “okay.” We continue to see cash prices in the same range that we have seen for the last several months ($24.00 to $25.00 per barrel; $14.81 – $15.43 per hundredweight).

While there is optimism that demand will continue to improve, there have been only a few signs of this materializing to this point in the marketing year. The high quality being reported for the 2013 crop is expected to keep buying interest in both the domestic and export markets. And, increases in expected rice purchases for the 2013/14 marketing year by many of the major rice importing nations holds some potential for improving export demand. However, cumulative export shipments through the end of October are down nearly 9 percent from the previous year, and outstanding rice commitments are down over 18 percent. With larger exportable supplies in Thailand and Vietnam and with the gap between their prices and U.S. milled prices growing over the last few months, it becomes difficult to see where the improvement in rice exports will come from.

Despite the less-than-ideal supply and demand situation portrayed in its November report, the USDA’s expectation for the average marketing year price was increased by $0.50 per hundredweight. Likewise, nearby futures prices continued to trend higher after the release of the report and are now in the upper $15.00 per hundredweight range. Nevertheless, as mentioned earlier, we have yet to see any significant movement in cash prices as the fundamental supply and demand situation currently is characterized by ample supply and only good demand. Unless a shock occurs to tighten the supply situation and force the cash market to aggressively go after the remaining supplies of rice, it doesn’t seem likely that we will see any significant price movement over the next few months.

With the normal lull in the market that normally hits in November quickly approaching, the likelihood that we see any price improvement would seem small. In fact, with buyers reportedly having already sourced a fair amount of their expected needs, we could see prices slump somewhat as we head into the upcoming holiday seasons.

Any price improvement seen will likely not occur until after the first of the year. And that will only occur if we see enough improvement in demand to warrant higher prices. Even if this does occur, it is difficult to see prices moving much higher than the $26.00 per barrel ($16.05 per hundredweight) range. There just seem to be too many questions about demand to suggest that the demand side of the equation can lead prices significantly higher.

While it is still likely too early to have a good feel for rice acres in 2014, the lower prices currently being seen in the feed grain and oilseed markets don’t suggest that we will continue to see the trend of rice acres moving into production of those commodities. Any potential for reports of lower rice acreage in 2014 to boost prices later this spring seems to be very limited. It appears that this market is heading for much of the same with prices stuck in a fairly tight window somewhere in the $24.00 to $26.00 per barrel ($14.83 to $16.04 per hundredweight) range.