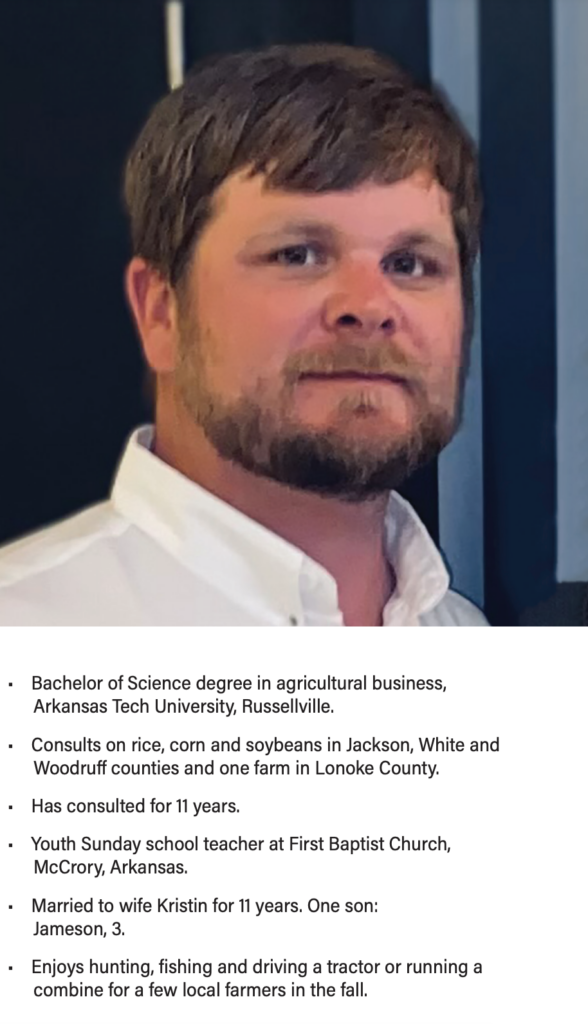 Growing up in the Arkansas Delta, I have always been out on the farm. When I became of age to work, I helped area rice growers put in levee gates in the spring and pull them in the fall. My buddies and I were known as the “spill crew” around here. After graduating college, I went to work for Ritter Crop Services in McCrory, Arkansas, as a consultant. About five years ago, I joined Hefty Seed Co. in Augusta.

For me, barnyardgrass is always a problem weed. This year will be no different. As always, we hope to get residuals out and activated behind the planter, if possible. If spraying is delayed, I will make an early post application before the grass gets too big. ALS-resistant sedge is becoming a bigger issue in my area, but I have never really dealt with it until this past year.

I look at both levee rice and row rice. In a row-rice situation, we fight barnyardgrass and pigweeds. In row rice, I like to get two to three residuals out behind the planter. Depending on how many residuals I get out, I may have to make an early post application at 2- to 3- leaf rice. In conventional rice, it typically will be Stam and Prowl herbicides. In a Clearfield/FullPage situation, I replace Stam with Preface/Newpath herbicides. Two weeks later, I spray it with Loyant® herbicide and maybe some more Prowl, go to flood, and it’s off to the races. With Loyant, pigweeds are not an issue in row rice because it works very well.

If I am going after big barnyardgrass, Grasp® SC herbicide or Regiment herbicide picks it up along with other broadleaves and aquatics. In the past two years when we have had a lot of water-seeded rice, RebelEX® herbicide has been helpful in certain situations with aquatics and bigger grass. If it’s 90 degrees Fahrenheit, constant rain is causing delays and grass is putting on a new leaf every three days, I am thankful to have options such as RebelEX to go after problematic weeds.

Preflood, I use Grasp because it takes out bigger barnyardgrass as well as eclipta and other aquatics in water-seeded or dry-seeded rice. After we go to flood, if a farmer wants to get rid of sprangletop that has gotten big, I apply 15 ounces ofClincher® SF herbicide with 1 quart COC or MSO.

Every field is different. I always customize my herbicide recommendations based on weed spectrum and weed size. They are by farm and by field. 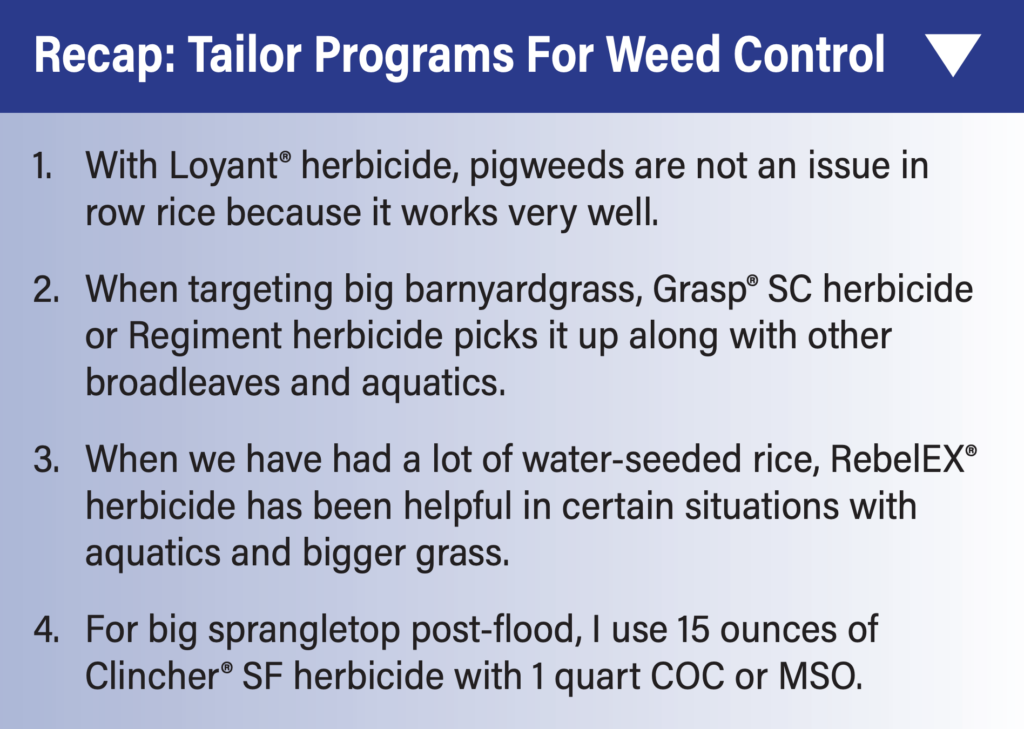