Potential For Good Crop in 2016

Early in my career, I worked for a company that offered a product line in conjunction with consulting services. I enjoyed the scouting so much that after a few years, I formed my own company, Tomlinson Crop Services.

In 2015, the weather was uncooperative during planting season, followed by a period of wet, cool conditions. Surprisingly, when harvest arrived, rice yields and quality were good, although getting there had been a struggle.

Weed And Insect Pests
Our primary weed problems are baryardgrass and ALS-resistant rice flatsedge. We typically make a burndown application prior to planting for residual control of winter weeds, grasses and broadleaves. At pre-flood, we apply one or more herbicides, such as Grasp, Grasp Xtra, Command, Facet, Bolero or RiceBeaux. At this time, we are targeting barnyardgrass, signalgrass, crabgrass, sprangletop, broadleaves and aquatics. I like to apply RebelEX post-flood because of its flexible window of opportunity to target barnyardgrass and sprangletop, which may be slightly larger than the 1- to 2-leaf stage. As far as barnyardgrass control, RebelEX is probably the best product we have out there.

Resistant rice flatsedge is an expensive problem that we typically treat with Basagran plus propanil or 2,4-D, depending on the growth stage of the rice. If rice flatsedge is not resistant, then Newpath or Permit effectively controls it.

Stink bugs are the predominant insect pest in rice. Most years, we spray 40 to 50 percent of our acres at least one time for stink bugs. We have to watch for stink bugs from heading to the hard dough rice stage because that’s the time for potential damage from this pest.

Off To A Good Start
As we wait for the pistol to go off at the starting line of the upcoming season, most farmers in our area are ready to go. We got a lot of post-harvest groundwork done during the dry fall. What we didn’t complete at that time, we were able to get done in February. Farmers have already made burndown applications, and applied residual herbicides and preplant fertilizer, so a high percentage of our rice acres are prepped for planting. The next fertilizer application is not due to go out until pre-flood, which, in this area, typically occurs in the latter part of April and first part of May.

So far, it appears that we have the potential for a good crop this year. In my opinion, most rice farmers are very resilient and optimistic. They may not know what lies ahead, but they take the good with the bad. Hopefully, by the time we get to harvest season, there will be a profit in the crop for them. 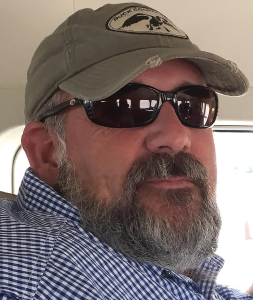