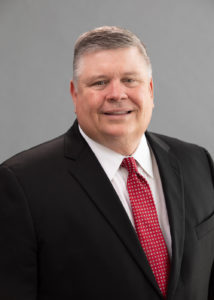 Jim Harper, a rice, crawfish, sugarcane and soybean farmer in Rapides Parish, has been elected as the 12th president of the Louisiana Farm Bureau.

Harper now leads the state’s largest general farm organization at a pivotal moment where farmers face a number of issues in the state and nation. He succeeds Ronnie Anderson of Ethel, Louisiana, who served for 31 years before retiring from the position this year.

“I’m honored and humbled to begin this new chapter in Farm Bureau history,” Harper said. “For nearly a century, Farm Bureau has been there for Louisiana farmers and I only hope to live up to that legacy in the next 100 years.”

Harper served as first vice president of the Farm Bureau until this election. He has also served on various committees within Farm Bureau, as well as board positions in the American Sugarcane League, the Central Rice Growers Association and the Rapides Parish Soil and Water District, where he serves as chair.

Elected to replace Harper as first vice-president was Marty Wooldridge, a cattle rancher from Caddo Parish. Wooldridge previously served as chair of the Louisiana Farm Bureau Young Farmers & Ranchers Committee, served on the state board for District I and is the Livestock Advisory Committee chairman.

Scott Wiggers was reelected as second vice-president. Wiggers is a grain farmer from Franklin Parish and has served for 11 years in that position after serving as a board member from District III since 2005.

Harper said he is driven by a philosophy of servant leadership and being an advocate for the industry that feeds the world.

Harper graduated high school from the Central Louisiana Academy and has a bachelor’s degree in agribusiness from Louisiana State University. He’s farmed for 35 years since graduating LSU and says it’s a deep love for ag that keeps him going.

“It’s the love of the land–I love farming,” he said. “I love agriculture. I just want to see agriculture improve and be there for the next generation.”