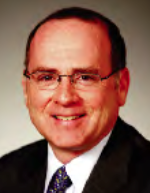 USDA allows statement that transgenic rice is out of the supply.

The USA Rice Federation is pleased to report that the U.S. rice industry scored a significant, and perhaps ultimate, victory earlier this year when, after eight years of intense work and under great scrutiny, the USDA announced that it had reinstated the following letterhead statement for use by rice exporters and others in the industry:

“There are no transgenic rice varieties for sale or in commercial production in the United States at this time.”

This one-sentence statement by the Grain Inspection, Packers and Stockyards Administration (GIPSA) signals the success of the rice industry’s broad-based Seed Plan to remove the LibertyLink genetically modified trait from the commercial long-grain rice supply.

“GIPSA’s decision to reinstate the no GM statement is a testament to years of hard work and cooperation among all segments of the U.S. rice industry to remove the LibertyLink trait from the U.S. rice supply and thereby meet consumer demands and regulatory requirements in many international markets,” said Mark Denman, Chief Operating Officer of Rice Tec, Inc.’s Consumer Division and USA Rice Federation Chairman.

LLRice, as the contamination became known, was detected in the U.S. long-grain commercial supply in August 2006. Following substantial disruption in key international markets and consumer concern, the U.S. industry adopted voluntary guidelines – called the Seed Plan for short – to remove LLRice from the rice seed supply beginning in 2007.

“Even though there was initial concern about the testing burden, all segments of the rice industry came together and reestablished a marketable supply of U.S. rice. This is a tremendous achievement, and U.S. producers, millers, marketers and state seed officials should be proud,” said John Owen, a Rayville, La., rice producer and Chairman of the USA Rice Producers’ Group.

“We believe it is time the EU establish a low level presence policy for GM to support the progress the United States has made with EU importers,” remarked Carl Brothers, Senior Vice President of Riceland Foods in Stuttgart, Ark., and Chairman of USA Rice’s International Trade Policy Committee. “We have a continuing challenge to restore the EU market for U.S. long-grain rice, and we also now face foreign suppliers from Asia and South America that filled in behind the United States in the past eight years.”

Implementation of the Seed Plan also occurred alongside substantial litigation in state and federal courts, culminating in a reported $750-million settlement by the developer of LibertyLink with U.S. longgrain producers. USA Rice provided key technical support and testimony to rice growers during court activities. “We’ve turned the corner through focused, industry-wide effort and have a competitive and marketable crop for customers at home and overseas,” said Owen. “A big lesson from all this is not to turn away from new technologies, but to insist that there be consumer acceptance and widespread global regulatory approval before technology is introduced into the marketplace,” he concluded.