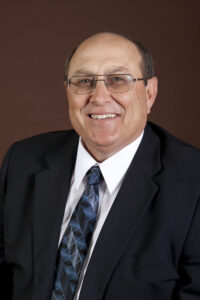 Dr. Rick Cartwright retired June 30, 2020, after 28 years at the University of Arkansas. Most recently, he served as director of the Arkansas Cooperative Extension Service. He also was known internationally for his expertise in rice pathology.

The Arkansas Agriculture Hall of Fame has announced that six individuals will be inducted during 2021 due to their leadership and service to the state’s largest business sector.

The newest inductees include:

Induction ceremonies for Class XXXIV have not been set. The Arkansas Agriculture Hall of Fame board of directors has decided to forego the traditional timeframe of early March and is working to secure a date for mid-summer.

“Like almost every program, we have been forced to adjust our schedule and plans, though we very much hope to have an in-person event to celebrate this marvelous class of inductees. When you pull together all parts of agriculture in celebration of our state’s largest industry and to recognize those who have made such a meaningful contribution, it is a special, special day.”

The new selections will bring to 176 the number of honorees in the Arkansas Agriculture Hall of Fame, begun in 1987.