All factors suggest another year of lower prices 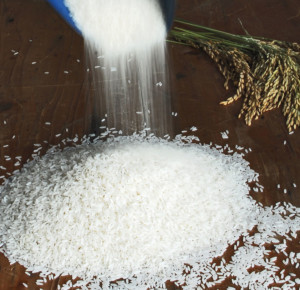 This steady decline in prices has been despite demand numbers and projections showing increases for total rice usage for the 2014/15 marketing year. Given the price movement experienced over the last few months, it is fairly clear that the market has chosen to focus on the large supply situation rather than the improved demand situation.

So, without a downturn in yields in 2015, there doesn’t appear much to suggest an improving supply and demand picture from the supply side. And while planting progress has been slightly slower than in previous years, there does not appear to be significant potential for acreage shifts or yield impacts.

With no signs of a significantly improved supply situation, it appears that any price support will have to be generated from demand. Unfortunately, total rice demand has historically been highly variable from year to year. Much of that variability stems from export demand, which can have big swings in rice sales to specific countries from year to year.

While domestic use has been much more reliable but growing about 1.5 percent each year, there isn’t likely enough growth potential there to offset nearly 11 percent increase in total rice supplies for the 2014/15 marketing year. As such, any potential spark to prices will likely have to come from export demand.

To this point in the marketing year, export demand performance has been mixed. On the positive side, long grain rough and milled rice exports are up about 16 percent from the previous year. Countering this stronger performance has been medium grain sales, which are down nearly 35 percent for both rough and milled rice exports. Unfortunately, the improvement in long grain rice sales has appeared to do very little in supporting long grain prices while medium grain prices have seen downside reaction to the slower medium grain sales. Long grain prices continue to struggle to find value as large supplies still exist despite improved export demand. In addition, a stronger dollar and lower crude oil prices, limiting the purchasing power of many countries, raises concerns about the ability of long grain exports moving forward. Medium grain prices have fallen on the lower export demand and have dampened one of the bright spots in this market.

When all factors are considered for the rice market, it is difficult to find a situation in which significant improvements in prices can be logically projected. Unfortunately, without being able to project significantly lower production and markedly improved demand for the 2015/16 marketing year, it may take another year of these lower prices to move supplies and stocks into more manageable levels.