Proven performance. Better profit potential. At a time when rice farmers are facing questions about crop prices and what to plant next season, those are two “must-have” benefits they need from the varieties they plant.

It’s not a time for made-up promises or conjecture. It’s a time to rely on facts and proven results.

In the case of farmer Darren Walker, who farms near DeValls Bluff, Arkansas, it’s just good common sense. Horizon Ag Clearfield® variety CLL16 was his highest-yielding variety the last two years, despite some environmental challenges during the season, and will be on his farm again in 2022.

“CLL16 has as much yield potential as any product on the market, including the hybrids,” says Walker. “If you’ve got the lowest input goals and the top-end yield potential, why would you not plant CLL16? One thing I’ll say about Horizon Ag and their varieties over the years is they never sacrificed quality. But now, they have quality and quantity, and a low-end input position. I wish somebody on paper could show me why you shouldn’t try CLL16.”

This past season, CLL16 yields ranged from almost 197 bushels to just over 201 bushels per acre on Walker’s farms. That included a field where, “I’ve never gotten a good stand because it’s got what we call a buffalo wallow here in the Grand Prairie,” he says. “The CLL16 came up to a perfect stand. I’ve been farming that piece of property since 2016, and it’s the first time I got a stand there that held.”

“CLL16 has as much yield potential as any product on the market, including the hybrids,” says Walker. “If you’ve got the lowest input goals and the top-end yield potential, why would you not plant CLL16?”

Later in the season, one of Walker’s farms received 13 inches of rain in a 48-hour period, resulting in days of standing water and forcing him to rebuild levees. As a result, flooding was delayed and portions of the field ended up suffering from a lack of moisture. Still, he says the CLL16 quickly recovered, and, by late season, it was impossible to tell where the crop had been underwater.

“It’s a rugged variety,” he says. “It stayed underwater for three to four days, and then it stressed for water. I can tell you there was no yield reduction. It’s very forgiving.” 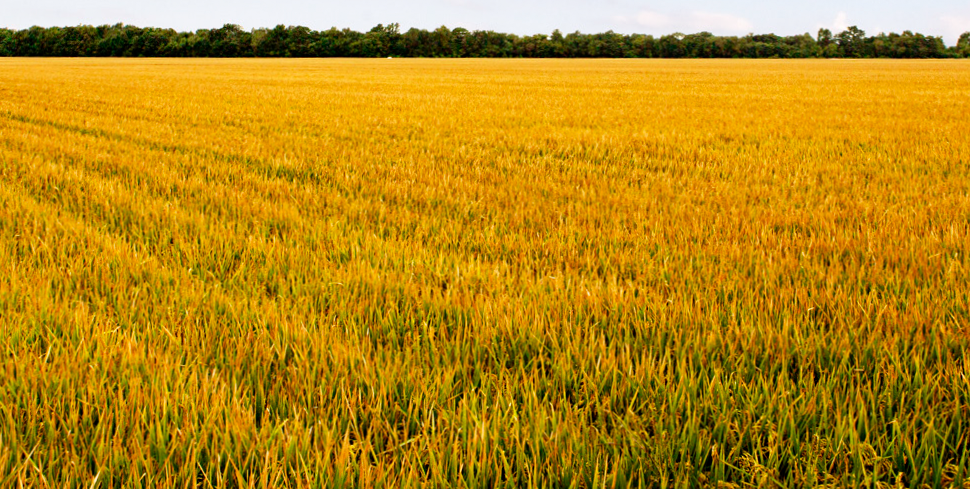 Another Arkansas farmer, Jason McGee of Cherry Valley, was also impressed with CLL16’s performance this year. “I think CLL16 is a great fit for overall farm profitability,” he says. “We need the high yields. We need the grain quality. I think it fits well.”

Standability and yields are big pluses he sees with CLL16, adding, “I didn’t have any lodging, and I was very happy with the yields. We made 190 to 221 bushels dry with CLL16 this season. I can give you examples where it outperformed hybrids. Overall, it’s very competitive with hybrids.”

He also likes how CLL16 fits into his overall rice planting approach.

“It’s a little later maturing,” he says. “You can plant some of those other lines and get started early. CLL16 is going to stand there and wait for you to cut it. That’s a big deal. In the last couple of years, we’ve been planting everything in the same maturity class, and we plant so fast we end up with too many acres ready all at once. It’s a variety good enough to build your foundation around.”

CLL16’s disease package is another critical advantage. “It’s going to have some tolerance to narrow brown leaf spot and tolerance to blast under our management style. I don’t think sheath blight is going to be a major problem. I just think it’s going to fit a lot of the acres that I deal with.”