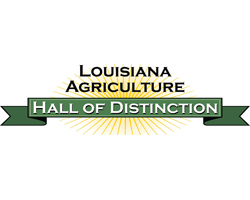 Nominations are now open for the 2016 Louisiana Hall of Distinction award.

It is designed to recognize those who have made extraordinary contributions to agri-business in the state.

Nominations may come from any member of the agricultural community within Louisiana. Up to five inductees will be chosen each year by a committee representing the three founding organizations and two other members from the Louisiana agri-business community.

Nomination deadline is Dec. 15, and selected individuals will be recognized during a banquet at the L’Auberge Hotel in Baton Rouge, March 17, 2016.