Reactions of Arkansas rice cultivars to major diseases in 2020

• By Yeshi Wamishe and Jarrod Hardke • 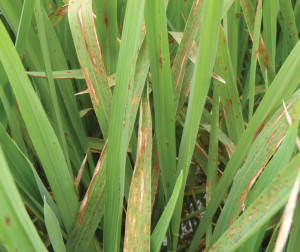 The symptoms of rice blast include lesions that can be seen on all parts of the plant. Pressure typically increases as the season progresses.

Disease and lodging ratings shown in the table below represent the expected reactions of our commercial rice cultivars to diseases and lodging under favorable conditions. Generally, an integrated disease management approach is more dependable and inexpensive than using chemicals alone.

Often the major culprit for yield and/or quality loss in a certain field may just be one or a couple of diseases. However, the number of diseases may increase with the application of excessive nitrogen fertilization.

The rice cultivar reactions table below presents reactions determined based on historical and recent observations from test plots and in grower fields across Arkansas and other rice states in the Southern United States.

Cells with no values indicate the unavailability of definitive Arkansas disease rating information at this time. Disease ratings are updated based on a series of observations. Ratings based on limited data are shown with star*.

Lodging may be caused by diseases such as sheath blight or high-speed wind often from tropical storms.

Dr. Yeshi Wamishe is an Extension rice plant pathologist and can be reached at ywamishe@uaex.edu. Dr. Jarrod Hardke is rice Extension agronomist. Both are based at the Rice Research and Extension Center in Stuttgart, Arkansas. 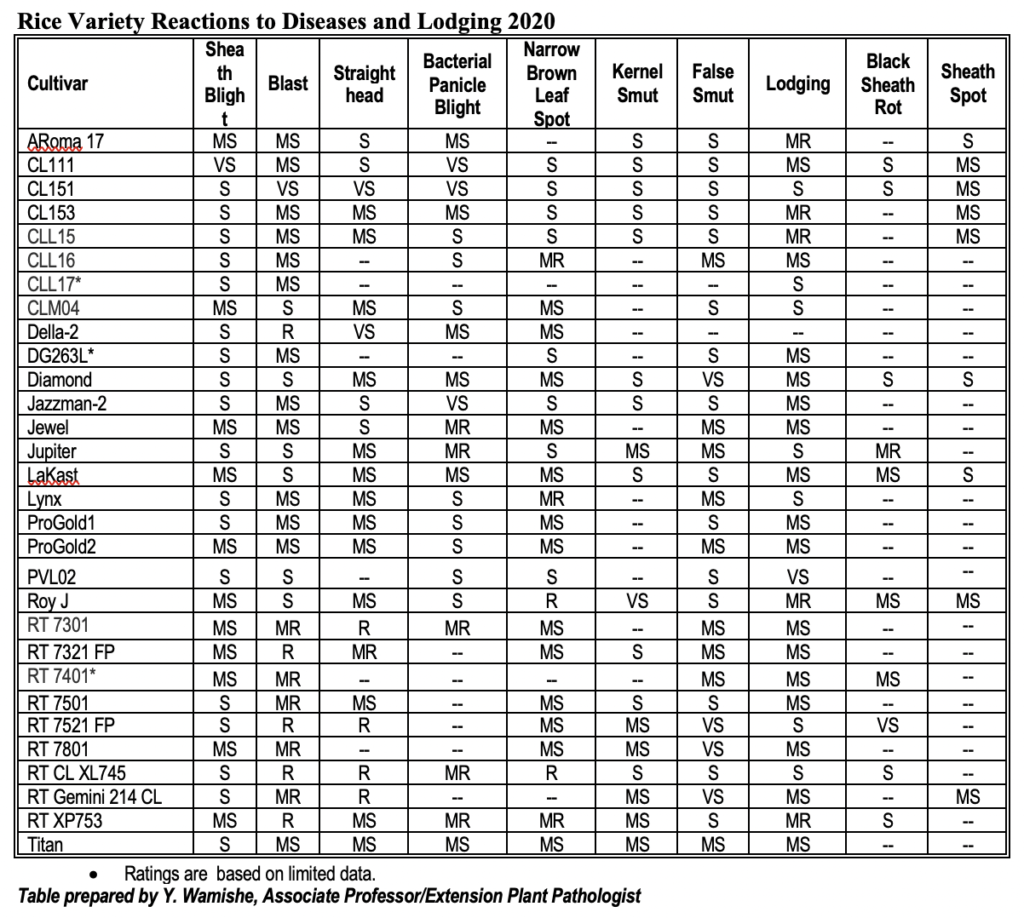