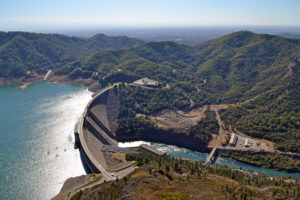 Agricultural water service contractors north of the Sacramento-San Joaquin River Delta will now receive an allocation of 20 percent, according to a bureau news release. The bureau had not addressed north of Delta water users during its initial allocation announcement in February because of extremely slow snowpack and anticipated runoff combined with the need to manage river temperatures for endangered fish later in the water-use year.

Nearly all of California’s rice is grown north of the Delta, and much of the ground relies on water from CVP’s Shasta and Trinity dams and the Sacramento River.

Municipal and industrial service contractors north of the Delta, in the Delta and on the American River will receive the greater of 70 percent of their historic use or public health and safety needs.

The March announcement includes contractors throughout the Trinity, Shasta, Sacramento River, American River and Delta divisions of the CVP.