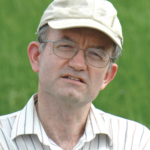 The long-grain hybrid, LAH169, was developed at the H. Rouse Caffey Rice Research Station in Crowley during the past seven years.

The rights to commercial development will be available for bidding. The date for submitting bids will be announced after details are finalized, says Alana Fernandez of the LSU AgCenter Office of Intellectual Property.

He says LAH169 can have a respectable yield.

“The main crop yield performance of LAH169 in 25 trials in five locations across three years in Louisiana was 94 percent of RiceTec CLXL745, the most popular hybrid in Louisiana,” Oard says. “In limited trials across two years, the combined main and ratoon yields of LAH169 were nearly identical to CLXL745.” 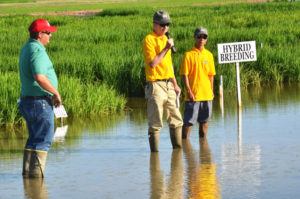 The new hybrid is moderately resistant to blast, sheath blight and panicle blight, he says.

A seed crop of LAH169 has been grown at the LSU AgCenter winter nursery in Puerto Rico, Oard says. That rice will be harvested in April and will be stored at the Rice Research Station until a partner to increase seed has been identified.

Oard says hybrid development will continue. “We have a Clearfield hybrid in the pipeline,” he says.

It is superior to its aromatic predecessors, Jazzman-1 and Jazzman-2, in terms of yield and quality, says AgCenter rice breeder Adam Famoso.

The biggest difference is yield. “Over three years of tests off-station, on average it’s been 30 percent or better than Jazzman-2,” Famoso says.

Its aroma is on par with Thai jasmine, he says.

Its quality is exceptional, with the lowest chalk of any rice grown at the Rice Research Station, Famoso says.