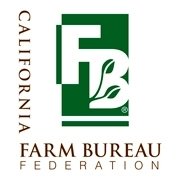 Lost markets and lost off-farm income related to the COVID-19 pandemic have proven doubly difficult for many California farmers and ranchers, according to a survey by the California Farm Bureau Federation.

More than half of the farmers responding to the voluntary survey said they had lost customers or sales due to COVID-19, and nearly half said they or someone in their immediate family had lost off-farm income.

“Just as in the rest of society, the effects of the pandemic have reverberated throughout rural California,” CFBF President Jamie Johansson said. “There’s no aspect of farming, ranching or agricultural business that has been spared.”

CFBF and the Farm Employers Labor Service, a Farm Bureau affiliate, asked farmers and ranchers to respond to an online survey form between April 7 and April 21. More than 500 responded.

Nearly 57% of respondents said they had lost customers or sales during the pandemic, with most citing stay-at-home orders that had closed customers’ businesses. Forty-two percent of responding farmers said they or a family member had lost off-farm income, mainly because of jobs unavailable due to stay-at-home orders or to care for children due to school and child-care closures.

“Most farm and ranch households count on off-farm income to supplement what they earn from agriculture,” Johansson said, “and have seen those jobs reduced at the same time as prices farmers and ranchers earn for many crops and commodities have fallen.”

About three-quarters of the responding farmers said they had been able to maintain operations so far, and had been able to avoid furloughing or laying off employees. Of those who reported reducing operations or staff, most cited cuts to customer orders or revenue.

Only 20% reported employees unable to work, mostly because the employees were considered in a high-risk group for the novel coronavirus. About one-third reported being unable to undertake routine planting, cultivation or crop-care activities due to lack of personal protective equipment such as respiratory protection.