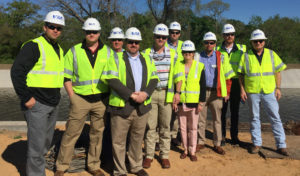 Normally in mid-July, Steve Linscombe would be mailing out brochures that promote the upcoming Rice Leadership Development Program and that seek rice industry applicants.

Instead of naming a 2020/22 class of five rice producers and two rice industry representatives in December, the foundation recently decided to pause the leadership program for a year. This will allow members of the 2019/21 class, who have yet to take their first leadership trip, to hopefully start at the program’s beginning in 2021.

The changes were recommended by a leadership advisory group comprising representatives from the three sponsors, The Rice Foundation chair, retired Foundation and Leadership manager Chuck Wilson, and one leadership alumni from each of the six rice-producing states.

The Foundation unanimously approved the recommendations during its recent virtual meeting.

This means no new participants will be selected in December, and those selected in 2019 will begin their program in March or early April 2021. The Foundation plans to make its next request for leadership program applicants in July 2021.

Another temporary change to the program will be the age requirements. Historically, applicants must be between 25 and 45 years old.

Because of the one-year hiatus, the leadership program will raise the cap to 46 years old for those who apply for the 2021-23 program. It will return to a cap of 45 years old in subsequent years.

“But it was also an easy decision because last year’s class hasn’t had a trip yet because they keep getting canceled, and your 2018 class isn’t confirmed for their session (in California). And you have to keep everyone’s safety in mind. If you look forward, it was the right decision just to hit the pause button and pick back up in spring with the class you have. Running two classes together just isn’t right.”

One factor that made the decision easier was the sponsors — John Deere, RiceTec Inc. and American Commodity Co. — agreed with the advisory group and the Foundation’s decision, Carey said.

In addition, the sponsors agreed to fully fund the 2020 program even though the 2019-21 class won’t be traveling this year, and they also committed to funding the 2021 program. The continued sponsorship will allow the leadership program to build a reserve that will further benefit participants, he said.

“The fact that they were that supportive and still gave funds speaks for the program and the respect that the industry has for it,” Carey said.

Decision was not difficult, but it was sad

Linda Raun, a leadership alumna from El Campo, Texas, and an advisory board member, said the decision to pause the program wasn’t that difficult considering the upticks in coronavirus infections.

“It was sad and disappointing,” she said. “But I think it’s the only decision we could make. I’m hopeful that the current class will all be able to shift it a year.”

Raun said the program is fortunate because the sponsors agreed with the group’s recommendations and also agreed to continue their sponsorship even during the one-year layoff.

On a positive note, Raun said the downtime will allow Linscombe an opportunity to modify the schedule so it’s more evenly spread across the two years and eliminate a 15-month gap between the second and third sessions. This should help improve the comradery among classmates. 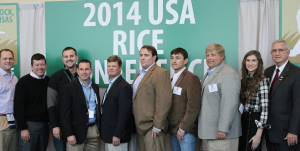 Eric Unkel, an alumnus from Kinder, Louisiana, and an advisory board member, said the more the group discussed the situation, “It seemed like the only logical thing we could do.”

Had they not paused a year, he said, “It wasn’t going to be fair to the participants of this year’s class.”

This way, the class named in December 2019 is scheduled to start at the beginning of the four-session curriculum in 2021 and won’t miss out on activities other classes have experienced, Unkel said.

Leadership program at a glance

During a two-year period, class members attend four one-week sessions designed to strengthen leadership skills through studies of all aspects of the rice industry.

Under the existing schedule, the leadership class — announced at the previous year’s Rice Outlook Conference in December — begins with a week’s visit to South Texas and Louisiana in late March or early April. They then visit Arkansas, Mississippi, the Chicago Mercantile Exchange and the John Deere headquarters in Moline, Illinois, in June.

After a 15-month layoff, the class travels to California in late September during rice harvest and finishes the program in February the following year in Washington, D.C.

So far, the California trip for the class selected in December 2018 is still on schedule for September, Linscombe said. But that could change as the trip grows closer.

Over the past 30 years, 210 individuals have participated in the Leadership Development Program, and many of those are currently active leaders in the rice industry.