Go on the offense 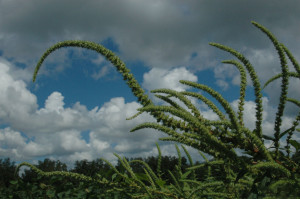 Bob Scott, a University of Arkansas Extension weed scientist, is on a crusade before planting season starts to educate producers about herbicide resistance management and the growing perils of PPO-resistant Palmer pigweed.

“Every talk I give is on resistance management,” says Scott, who has been making the rounds at winter grower meetings throughout Arkansas. “With PPO resistance developing, it’s starting to back us into a corner in terms of pigweed control.”

“Palmer pigweed is such a competitive and prolific weed — it’s the driver weed,” he says. “If you don’t control Palmer pigweed, no other weeds matter, that’s what we’re saying.”

It also is one of the top weeds in rice fields, according to Jason Bond, a Mississippi State University Extension/research weed scientist.

Joe Mencer, a rice, soybean, corn and cotton producer near Lake Village, Ark., has been battling glyphosate-resistant Palmer pigweed since 2004.

“All of this strong river dirt is just the type of ground that pigweed loves,” he says.

Mencer began planting LibertyLink cotton that year and switched to Halo soybeans with the LibertyLink trait in 2009. He eventually moved to HBK Glytol beans with the stacked glyphosate- and glufosinate-tolerance traits.

At the same time, Mencer carefully manages crop rotations, frequently planting corn after cotton to bring in different modes of action. He also rotates modes of action and applies a residual herbicide, even with LibertyLink crops.

“We’ve been fighting this for about 12 years, and we’ve learned a lot,” he says. “We don’t run chemistries, like Liberty- Link, back to back.”

Mencer says that by combining a residual herbicide, and diligent herbicide and crop rotations, he’s been able to reduce glyphosate-resistant pigweed by more than 90 percent.

“It’s good enough now — there will always be escapes, but you can go out and get those,” he says. “If you catch them at the right time, you can get all of them out.” 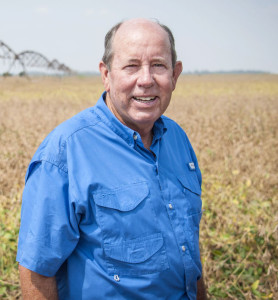 Abbott Myers, who farms rice, corn and beans near Tunica Miss., says he was fortunate to not have a real Palmer pigweed resistance problem until last season. As a result, he says he used Boundary (S-metolachlor and metribuzin) on much of his soybean ground in 2015.

This season, Myers says he plans to use Fierce on some fields and stick with Roundup Ready beans. He’ll also continue his practice of spraying the weedy edges of bean fields with 2,4-D and rotating crops.

“Behind my corn and behind my rice, I don’t have a pigweed problem,” he says.

Myers says resistant pigweed is no different than other weed problems he’s faced in the more than 40 years he’s been farming.

“The pigweed is going to be a challenge, but everything changes,” he says. “Before we had Treflan, I remember those days when we had to get over everything in a week cultivating.”

History repeats
The first U.S. case of glyphosate-resistant Palmer amaranth was confirmed in Georgia by University of Georgia Extension agronomist Stanley Culpepper and colleagues in 2005.

It is now widespread throughout the South and Mid-South and is spreading.

And Scott says he sees PPO resistance in Palmer pigweed developing much as it did with glyphosate resistance.

Palmer amaranth biotypes resistant to PPO herbicides have been found in 15 Arkansas counties as well as five counties in northern Mississippi, five in west Tennessee and one in Kentucky, he says.

Growers who suspect PPO resistance should rotate out of soybeans for a season into corn or rice — crops where they can use other modes of action not available in soybeans, Scott says.

If crop rotation doesn’t fit, he recommends switching to LibertyLink beans, which are genetically engineered to tolerate glufosinate herbicide over the top. Glufosinate — marketed as Liberty — belongs to Group 10, whereas glyphosate is a Group 9.

As glyphosate resistance has grown, Scott says he’s seen more growers move to LibertyLink beans. At one time, about 95 percent of all Arkansas soybean acreage was planted to Roundup Ready. 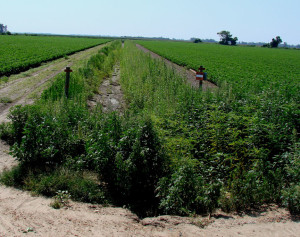 Last season, Roundup Ready had decreased to about 65 percent, with about 20 to 25 percent LibertyLink. The remainder were conventional varieties as growers with glyphosate resistance problems saw no advantage in paying the tech fees tied to Roundup Ready, he says.

That, too, may have led in some cases to an over-reliance on the PPO chemistries. When it comes to herbicides, Scott recommends using three different “effective” modes of action per season. He stresses the herbicides still must effectively control Palmer pigweed, but that leaves growers few options.

Generally, most of the Palmer pigweed in Arkansas is resistant to ALS-inhibitors or Group 2 chemistries, which include Classic and Scepter. Growers also have a 50-50 chance of having Palmer pigweed resistant to Prowl or Treflan — both Group 3 — in their fields, Scott says.

This season he expects a lot of Group 15 herbicides, including Boundary, Dual and Warrant, to go out pre-emerge behind a soybean planter.

New products on the horizon
Although Monsanto launched Roundup Ready 2 Xtend soybeans resistant to glyphosate and dicamba this season, dicamba is not labeled for over-the-top use. Growers are limited to only using glyphosate this season.

Monsanto has developed a dicamba formulation with much lower volatility, but that product is not yet registered.

“We want to make sure that growers understand that it is illegal to put dicamba over the top of those beans,” Scott stresses. “The dicamba (products) that are available are not low-volatility formulations and don’t have the benefit of that low-volatility technology. Growers will not be able to make off-labeled applications, and if they did, they will probably cup their neighbor’s soybeans.”

Even when the herbicide becomes available, Scott warns about relying too heavily on just one chemical class. In laboratory studies, Jason Norsworthy, a University of Arkansas weed scientist, was able to select for resistance after exposing three generations of susceptible Palmer pigweed to sub-lethal dicamba doses.

Dicamba resistance has not been seen in Palmer pigweed in the field, but Scott says the study demonstrates the potential for problems to develop.

Although the court earlier this year blocked the Environmental Protection Agency’s attempt to vacate a registration of Enlist Duo herbicide from Dow AgroSciences, Enlist soybeans will not be commercially available this season to allow for seed expansion.

Enlist Duo herbicide contains a premix of glyphosate and a formulation of 2,4-D choline with the proprietary Colex-D drift-control technology. Enlist soybeans have been developed to tolerate both chemistries.

The U.S. Department of Agriculture and Food and Drug Administration approved the HPPD-tolerance trait in 2013, but the EPA has yet to register the paired herbicide, which will be marketed as Balance Bean.

Balance Flexx and Callisto, which contain the active ingredients isoxaflutole and mesotrione, respectively, belong to Group 27 — a mode of action currently not used in soybeans. Where Scott says he sees real benefit is when companies launch soybeans with HPPD traits stacked with other herbicide- tolerant traits.