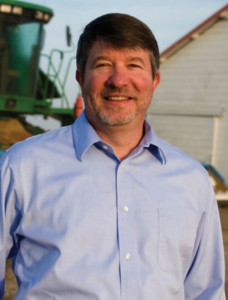 In the upcoming weeks, the Sacramento Valley will look far from a drought. Farmers will start planting crops, joining the already fully leafed orchards. It will be verdant. To add to the illusion, rice planting will begin with acres of shallow flooded lands. You might wonder “How can this be a good use of water in a drought?”

Other questions may come to mind, including “What are farmers doing to conserve water? After all, it looks like me and my urban neighbors will be letting the lawn die. Surely farmers are being asked to make cutbacks.”

In fact, farmers have been making both great strides and great sacrifices in the face of drought.

For decades, farmers have been using technology to use every gallon well. The drip systems we will all be relying on this year to make our urban landscapes stretch were developed not at Home Depot but rather in agriculture. Growers also use moisture sensors to ensure that water is only applied to the crop when it is needed.

Rice farmers are no exception. Over the last three decades, they have reduced water use by 30 percent. While drip systems are impractical, we have used technology specifically adapted to the crop.

First, plant breeders developed shorter stature rice. For a plant that naturally grows over six feet tall, finding a natural rice gene that grew plants only three and a half feet tall was a boon in water savings. Now all rice varieties are semi-dwarf, just like many fruit trees.

Second, rice production has shifted to heavy clay soils that keep the five inches of water right on the surface.

Rice farmers have also adopted GPS technology that allows them to precisely level their fields. The five-inch water depth is uniform across the field – not deeper at one end than the other.

So when you see the green agricultural lands of the Sacramento Valley and those shallow flooded rice fields, know that water reductions have been made far in advance of this drought.

Also know that great sacrifice has been a reality as well. While I may lose my lawn, rice farmers are signing up for a second year of reduced crops and similarly lost income.

Tim Johnson is President/CEO of the California Rice Commission (CRC). His blog appeared on April 23 on the CRC’s website. For more blogs from rice growers, guest writers and the CRC, please visit CalRice.org

Print & E-mail
Ag Policy Regulations 2015-05-15
Blaire Hall
Previous: Life has been good but not easy
Next: Arkansas Century Farm Applications Due May 31