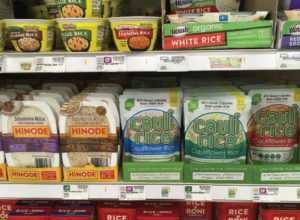 Louisiana legislation would allow the state agricultural commissioner to impose civil penalties on companies or individuals who mislabel several agricultural products, including rice.

Louisiana lawmakers are following their Arkansas counterparts and are taking up a bipartisan truth-in-labeling proposal for agricultural products.

Sen. Francis Thompson, D-Delhi, introduced Senate Bill 152, the “Truth in Labeling of Agricultural Products Act,” into the Louisiana Senate April 8. Rep. John Stefanski, R-Crowley, will carry it as the bill moves into the House.

Scott Franklin, a Holly Ridge, Louisiana, rice producer, rice merchant and president of the Northeast Louisiana Rice Growers Association, recently testified before the Senate Agriculture Committee about the need for the law.

“If you look at all of the bags, whether it’s cauliflower or broccoli or whatever, the largest word on the bag is rice,” he says he told lawmakers. “So they’re intentionally getting you to think about gumbo or etouffee or all of the culinary advantages rice has in the state of Louisiana.”

Franklin singled out a couple of the biggest offenders that offer rice-shaped products made with chickpeas and other legumes. The word “rice” is in large print, with the legume ingredients in much smaller or less prominent type to make consumers think they’re buying some form of rice.

In fact, one of them describes its legume-based product as “a dry (shelf-stable) rice grain packed with the power of vegetables,” when in fact it contains less than 10 percent rice. The bulk of its ingredients comprise chickpeas, lentils and green peas.

Another product that bills itself as “rice” is made from chickpeas, potato starch, xanthan gum and sea salt.

“They know what they’re doing,” Franklin says. “I’m calling them on it.”

Louisiana Agriculture Commissioner Mike Strain, who also was at the hearing, agreed.

“In government, we have a responsibility to the people to make sure when they buy a product, what is on the label is what is in that product,” Strain says. “All we’re asking for is that the label be truthful.”

Franklin says he heard no negative comments or questions from ag committee members after his testimony, and they voted unanimously to pass it out of committee.

“I actually believe all of the committee members had done their homework beforehand and kind of understood,” he says. “I’m just really pleased with their response.”

Franklin was joined by several other farmers and rice industry representatives as well as U.S. Rep. Ralph Abraham’s chief of staff who were all in the audience for support.

Based on the proposal’s reception so far, Franklin says he remains optimistic it will eventually be passed by both houses and signed by the governor.

“We have legislation on the books for the governments of Louisiana and Arkansas and hopefully soon in Mississippi, Texas and Missouri,” he says. “It carries a lot of weight when there are actual state governments that say, ‘We need this. Please federal government, you have to make this determination.’”

He was referring to a U.S. Food and Drug Administration standard of identify for rice, which USA Rice has been advocating for the past few years. 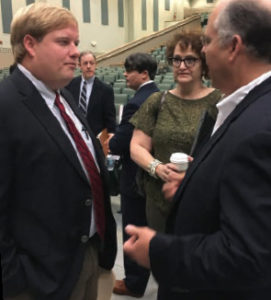 “‘Rice’ means the whole, broken, or ground kernels or byproducts obtained from the species Oryza sativa L. or Oryza glaberrima, or wild rice, which is obtained from one of the four species of grasses from the genus Zizania or Porteresia,” according to the bill’s language.

Entities that violate the provisions are subject to civil penalties of up to $500 per violation per day.

The Louisiana Commission of Weights and Measures also is allowed to recoup costs incurred during prosecuting the case, according to the proposed legislation.

After the Senate Ag Committee hearing, the bill moved to the full Senate floor, where it was passed 34-0. It now moves to the House for consideration before finally ending up on Gov. John Bel Edward’s desk for his signature. If signed into law, the provision would take effect Oct. 1, 2020.

The Louisiana legislation follows Arkansas, where Gov. Asa Hutchinson signed a bill into law in late March that targeted mislabeling of agricultural products, including rice.

Unlike Arkansas, which included dairy products in its truth-in-labeling bill, Louisiana will take that up in separate legislation.

Jackie Loewer, chairman of the Louisiana Rice Producers Group, says they have worked with Arkansas Rice to learn from challenges that group faced in advocating for the legislation.

“We’re fairly confident, because you really can’t argue with truth in labeling,” Loewer says. “You can’t label something that it is not.”

And much like Arkansas, he says, the Louisiana proposal is not about protecting the rice industry.

“We’re approaching it with the fact that it’s just incorrect and it’s not fair,” Loewer says. “We’re not approaching it that it’s harmful to the (rice industry). That would violate interstate commerce. It’s not protectionist — it’s truth in labeling.”

As more states take on these mislabeling issues, he says he also hopes the federal government will eventually establish a national standard of identify for rice to avoid piecemeal state-by-state regulations.