Most Texas growers have wrapped up planting; conditions near ideal 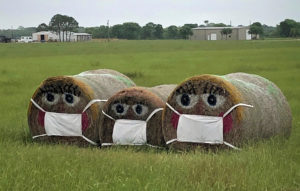 Rice planting is progressing rapidly in the Texas rice production belt with some producers finishing earlier than normal.

“Other than a few herbicide application skips, the crop looks very good,” Raun said. On Monday, he estimated that 8% of the rice crop in Wharton County had been planted, and at 36,000 acres, will have the most rice acres in Texas.

The Texas A&M AgriLife Research Center at Beaumont publishes an estimate of planted acres each Friday during the planting season. These are based upon inputs of many individuals throughout the rice production areas.

On the downhill side

“I finished planting on Tuesday,” said Timothy Gertson, who farms near Lissie. “I would say 90% of the non-organic rice in my area has been planted. Conditions are good for completing planting and crop growth and development right now. This was the best start I’ve had in 12 years of farming. Planting and growing conditions have been ideal, and stands are excellent across the board.”

Dick Ottis, with Rice Belt Warehouse in El Campo, estimated that west of Houston 75 to 85% of the crop is in the ground and 65% is emerged.

“Everyone says the crop looks good but needs a rain. There have been no major issues so far,” he said.

“We had significant blackbird pressure in the earlier planted rice, but this seems to have abated. Planting got off to a later start east of Houston because of wetter field conditions,” he said.

Dorsey Jones, who is with Helena east of Houston and works Jefferson, Chambers and Liberty counties, his area was about 40% planted with 30% emerged as of March 30. 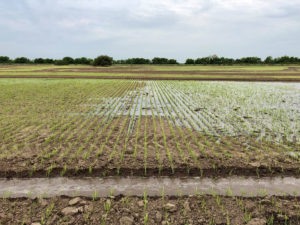 “Initially, planting was slowed because most fields needed significant field preparation,” he said. “Very little cultivation occurred in the fall of 2019 due to the rain, so many fields currently being planted haven’t been touched since harvest in 2018.”

Dorsey also said that emergence and early growth have been excellent, but many fields need flushing to facilitate germination and herbicide activation.

“There have been problems with blackbirds in some areas, but AV-1011, a bird repellent seed treatment, has worked excellently where it was used.”

Early rice planting is important in Texas as a significant amount of Texas rice acreage produces both a main and ratoon (second) crop. A ratoon crop is produced by fertilizing and reflooding a field after the main crop has been harvested.

New tillers will emerge from the plants In 75-90 days, a second crop will be mature and ready for harvest. Research has shown that rice should be planted no later than April 15 in Texas to optimize both main and ratoon crop yields.

All those contacted reported that the coronavirus situation has not caused any major disruptions in their farming operations.

This article appeared originally in USA Rice’s “The Rice Daily.”

Print & E-mail
planting texas texas agrilife 2020-04-02
Vicky
Previous: California’s snowpack measures only about half of average
Next: For the first time, giant snails wipe out a Louisiana rice field