Pride of the Bootheel 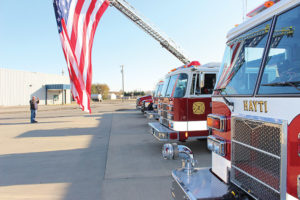 Aug. 12, 2009, started out like any other late summer day for Pam and David Dowdy, who farmed in the Missouri Bootheel with their son, Matt. They were unloading grain bins and hauling corn to the river, so David left the house about 7:15 a.m. and headed to work.

Pam says to this day she can take you to the exact spot in the yard where she came outside and hollered at him asking if they were going to come home for lunch or did they want her to bring it to the bins.

A short time later, she remembers seeing a fire truck go by, followed by an ambulance and the highway patrol. Their daughter, Amy Beth Dowdy, a rice consultant in the Missouri Bootheel, lived close by in a two-story house.

Thinking a bad wreck had prompted the rescue response, Pam called Amy Beth and asked her to go upstairs and look out the window to see if she could figure out what had happened.

“I don’t see anything, Mama, but if I find out something, I will give you a call,” she says.

A few minutes later, Pam saw a bulletin flash on the TV screen saying a farmer was trapped in a grain bin on County Road 659 in Stoddard County.

“I knew at that time it was either my husband, my son or the hired hand, Jeff, who had worked for us for several years and was like a second son to me,” she says.

“So many people were there,” she says. “Helicopters, fire and rescue, neighbors and other farmers. One of the farmers caught me as I ran to the scene and told me it was my husband, David, and they were trying to get him out.”

Pam says the fire department attempted to open the side of the bin with saws, but they didn’t work. They finally used a cutting torch, which is a last resort because of fire danger from the dust and fumigant residue. After 2 ½ hours, they got David out, but he had passed away. 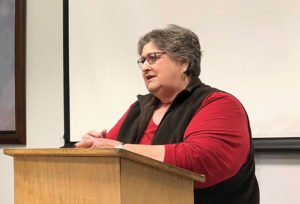 Pam explains that the year before, grain had been put in the bin under wet conditions, and the top eventually crusted over. David had climbed into the bin without his harness and was trying to break up the crust with a pole when it broke through and he sank.

“Our family decided we would continue to tell this story, wherever we went and no matter how hard it hurts, in the hope of saving one family from going through what we did,” she says. “This fall is a prime example — a perfect storm — of what can happen next spring and summer. Because it’s wet right now, everybody is in a hurry trying to get the crop out. Next spring, they will be in a hurry to put in another crop, and in July, they will be in a hurry irrigating. People may not remember how it was wet this fall when they put up the grain. That’s exactly the scenario that set up what happened to our family.”

Pam says when they fixed the bin after the accident, the area that was cut out and replaced was shiny metal and the rest of it was rusted.

“One of the farmers in our area told me that was the best thing for a testament,” she says. “He said every time he crossed the hill and saw that shiny metal it made him pause and think about safety before climbing into a bin. I would ask everybody to pause and think about what they are doing before getting in a bin and take proper safety measures to prevent a tragedy from happening to another family.”

Matt Pierce is a young cotton farmer from Pemiscot County, Missouri. He had heard Pam Dowdy tell her family’s story and was inspired to enter the Transform My Community contest with the hope of winning the $25,000 grand prize to help the Hayti Fire Department purchase equipment for grain bin rescue efforts.

“Grain bin rescue statistics show 45% to 50% of all grain bin rescues result in a fatality and a recovery mission,” he says. “There are currently no fire departments in Pemiscot County that have the equipment to perform a successful grain bin rescue. The Hayti Fire Department has recently completed two grain bin rescue training classes and have 19 members certified in grain bin rescue. It is funded by municipal taxes and one annual BBQ fund raiser. These monies are enough to support daily operation expenses with very little remaining for equipment.

“I am proud to have been chosen as the Transform My Community $25,000 grand-prize winner to allow the Hayti Fire Department to purchase the rescue equipment they need to make our agricultural county a safer place.”

The Transform My Community contest, sponsored by Transform WG insecticide, PhytoGen Cottonseed, Pioneer and Cotton Farming magazine, was open to cotton and sorghum farmers and consultants across the country.

Participants submitted a short essay about how their community organization could be transformed with a $25,000 donation from Corteva Agriscience. Entries were judged on compelling need, creativity and tie-in to the Transform WG insecticide theme. 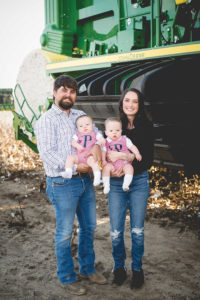 Tony Goede, Corteva Agriscience Product Manager, awarded the grand-prize money to the Hayti Fire Department on behalf of Pierce during a check presentation ceremony held recently at the fire station in Hayti, Missouri.

“Corteva Agriscience is passionate about helping growers transform their fields and their communities,” he says. “That’s why we are a proud sponsor of this program and support Matt and the Hayti Fire Department for working so hard to help others.”

“Even a small department like ours gets calls for all types of incidents since we cover a large rural area, which is mostly farmland, in Pemiscot County,” says Glen Whitener, HFD chief. “In addition to structural fires, we respond to a variety of emergency situations such as grain bin rescue, heavy machinery extrication, cotton picker or combine fires, and chemical spills.

Equipment he plans to purchase for the department includes a grain bin rescue tube, anchor straps and plates, rescue pulleys, self-contained breathing apparatuses, rescue harnesses and a 10-foot enclosed trailer. Whitener says their vision is to share the equipment with other fire departments to benefit a larger area.

“Corteva Agriscience has been very generous to our small fire department in the Missouri Bootheel,” he says. “We will forever be grateful to them for helping make our community a safer place.”

In addition to Matt Pierce being chosen the grand-prize winner of the Transform My Community contest, four runners-up were recognized for their outstanding entries. They each received a $1,000 donation to their cause.

■ AMANDA BROOKS, a cotton farmer in Yuma, Arizona, chose to feature Yuma Catholic High School in her submission to the 2019 Transform My Community contest. YCHS is a small, non-profit school in rural Arizona that features small-sized classrooms and a family atmosphere where students thrive. To continue to develop future leaders in the industry, the school is creating more classroom and greenhouse space. It is also adding a Plant Science 100 course to the college dual enrollment program. Visit the Yuma Catholic High School website to learn more.

■ Weslaco, Texas, cotton farmer ASHLEY DICKERSON submitted an entry on behalf of IDEA Public Schools — an organization dedicated to improving food access and overall health through its Healthy Kids Here Initiative. IDEA serves more than 29,000 students in the community. It has three half-acre farms and four school gardens that produce high-quality fruits and vegetables grown on school grounds and delivered straight to the cafeteria. Annually, each farm grows enough produce to provide about 2,830 meals. Visit ideapublicschools.org to learn more.

■ JACKIE NEVILLE is a sorghum grower in Andale, Kansas, who submitted an entry on behalf of the local FFA chapter, Renwick USD 267. The new chapter is bringing agricultural education to a district mostly occupied by students well removed from the farms surrounding them. It is staffed by two young instructors with a burning passion to share their love and knowledge of agriculture with these young adults. Funds to help the FFA program are an investment in the future of agriculture via new opportunities to educate in the classroom and hands-on activities. Visit the Renwick USD 267 Facebook page to learn more.

■ San Angelo, Texas, cotton farmer AUBREY WOEHL’s favorite organization is the Wall Volunteer Fire Department that provides emergency medical services to Wall, Texas, and assists the paid fire department in San Angelo. The Wall VFD is in the process of becoming the first volunteer organization in the area to purchase an aerial firefighting apparatus — a 75-foot quint fire truck — to offer fire suppression to multiple multi-story houses and structures, including two area cotton gins. They have training sessions twice a month to maintain the best possible service to the public. Visit the Wall, Texas Volunteer Fire Department Facebook page to learn more.