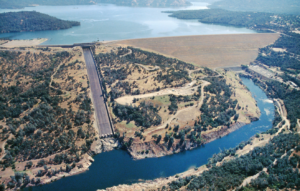 The California Department of Water Resources announced an initial State Water Project allocation of 10% for the 2020 calendar year.

The initial allocation is based on several factors, such as conservative dry hydrology, reservoir storage, and releases necessary to meet water supply and environmental demands, according to a news release. State allocations are based on conservative assumptions and may change depending on rain and snow received this winter.

“We are thankful for the recent rains and the start of the new water year with above average reservoir storage, but the dry start in October and November reminds us that California’s weather is extremely variable and we must prepare for various conditions,” said DWR Director Karla Nemeth. “The wet weather can stop from one day to the next.”

The 2020 initial allocation amounts to 427,167 acre-feet of water. An acre-foot, roughly 325,800 gallons, can meet the annual water needs of one to two families of four persons, according to state figures.

San Luis Reservoir, the largest off-stream reservoir in the United States where water is stored for the SWP and CVP, is at 43% of capacity and 72% of average. Located just south of the Sacramento-San Joaquin River Delta, San Luis provides water to farmers, cities and industries to the south during the drier summer months.

In Southern California, SWP’s Castaic Lake is at 77% of capacity and 101% of average.

Nearly all areas served by the SWP have sources of water other than the allocation, such as streams, groundwater, and local reservoirs. The SWP provides water to 29 SWP contractors who supply water to more than 27 million Californians and 750,000 acres of farmland.

DWR will conduct the season’s first snow survey at Phillips Station in the Sierra Nevada, Jan. 2, 2020. On average, the snowpack supplies about 30% of California’s water needs as it melts in the spring and early summer.