Soybean harvest aid warning: Be careful out there 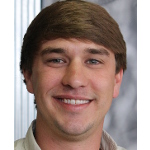 “Your rice may nor be as safe as you think until you put it in the combine,” he said.

As part of his doctoral project, McCoy for the past four seasons has examined the effects of paraquat and glyphosate — two common soybean harvest aids — at 10% label rates designed to simulate drift. He used the variety, CL163.

The products were applied at one-week intervals beginning at 50% heading through 28 days after 50% heading for a total of five different treatment timings.

Both of the products caused the greatest yield reductions at 50% heading, and the effects tailed off the more mature the crop was when treated, McCoy said during his presentation at the recent MSU Rice Field Day in Stoneville. 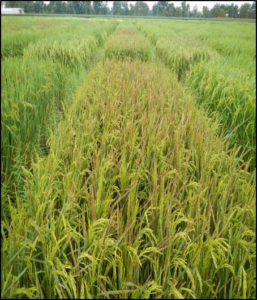 Paraquat, applied at a rate to simulate drift, caused significant yield reduction to CL163 when applied at 50 percent heading — photo by Justin McCoy

The first three timings caused yield reductions of 10-20% compared to the untreated check.

In addition to the yield losses, McCoy said they also saw reductions in milling yields and grain quality from treatments made at 50% heading to 14 days before harvest.

The second experiment examined how different varieties respond to the two harvest aids applied only at 50% heading and then taken to harvest. The cultivars were Clearfield XL745, XP753, CL163, Rex and Jupiter.

The inbreds – CL163, Rex and Jupiter – appeared more susceptible to simulated drift rates of glyphosate or paraquat than hybrids.

The three inbreds averaged losses of 10-32%, whereas hybrid yield losses were 4-6% compared to the untreated check, McCoy said.

Read more about the research on the Mississippi Crop Situation website.