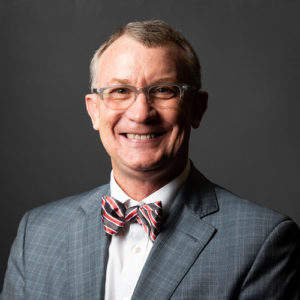 Tim Burcham will be stepping up his duties with the University of Arkansas System Division of Agriculture as director of its planned Northeast Rice Research and Extension Center.

“I am humbled and honored to be entrusted with a leadership role in the establishment of the Northeast Rice Research and Extension Center located near Jonesboro,” Burcham said. “The opportunity to establish a world-class rice research facility that seeks to optimize rice production and producer profitability utilizing the latest technological advances excites me about the future of rice production in Arkansas.”

Burcham anticipates that the combined research and outreach strengths of the Division of Agriculture and ASU will provide a “multiplier effect with the potential to improve every aspect of rice production in Arkansas.”

“Rice is such an important crop for farmers in northeast Arkansas and it is a major economic driver for our region and the state,” Burcham said. “I look forward to working with Division of Agriculture leadership and members of the Arkansas Rice and Research Promotion Board to shape the future of this new center; a future that will play a vital role in the success of Arkansas rice producers, processors and consumers. It’s the leadership opportunity of a lifetime!”

Mark Cochran, vice president-agriculture for the University of Arkansas System, said that “Tim has the background and has an exceptional skill set needed to bring this new asset into being. This will be an important bridge in our work with Arkansas State University and for the advancement of rice production in northeastern Arkansas.”

Joe Christian, secretary/treasurer for the Arkansas Rice Research and Promotion Board, lauded the appointment, saying “Dr. Burcham is a great addition and asset for the Arkansas rice farmer. With his knowledge and connection to the northeast Arkansas community, along with his forward-thinking, he will give rice production in Arkansas a bright future.”

As director, Burcham will develop a master plan for the center, which will include research in the area’s unique soils as well as a general education component. He will also oversee construction of the facility. In addition to using Rice Promotion Board funds, Burcham will work to develop other funding sources to support a world-class agricultural education center.

Over the past decade and a half, rice production in Arkansas has spread from south to north. The Division of Agriculture has a Rice Research and Extension Center at Stuttgart and also conducts rice research at its Northeast Research and Extension Center at Keiser in Mississippi County. The Poinsett County location will enable rice research in the area’s mixed soil types.

Burcham is a registered professional engineer in Arkansas and Mississippi and has been involved in consulting activities associated with irrigation design, livestock waste management, onsite wastewater remediation, water quality, biofuels and computer software design. He is active in the Association of Public and Land-grant Universities and has held numerous leadership positions including serving on the Board of Agricultural Assembly’s Policy Board of Directors.