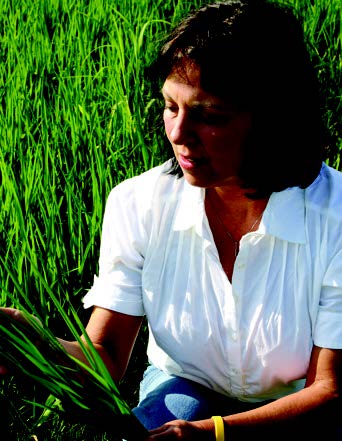 In 1961, representing more than half a century gone by, the United States severed all ties with Cuba, and U.S. rice began disappearing from Cuban dinner tables, grocery store shelves and restaurants. Prior to the embargo, Cuba was one of the largest markets for U.S. rice.

To remind those who were living during that time and educate those who were not yet born, the following historic events also took place throughout the same year:
• John F. Kennedy became the 35th president of the United States.
• Ham the chimp was propelled into space to test the capsule as a precursor for United States astronauts who would later travel beyond the earth’s atmosphere.
• The Peace Corps was established.
• The Cuban Bay of Pigs invasion was attempted and failed.
• Six Flags Over Texas opened to the delight of both adults and children, who enjoyed the attractions while consuming 35-cent hamburgers.
• Actors George Clooney and Eddie Murphy were born, along with Pennsylvania Senator Pat Toomey and the 44th President of the United States Barack Obama.

Since then, Cuba has been described as a time warp, a blast from the past where time appears to stand still, according to anecdotal information reported by those who have visited the island country that lies only 90 miles from the Florida Keys. One of the most prominent examples is the overwhelming presence of American cars from the 1950s that roll down the streets past local eateries rather than Starbucks coffee shops.

Now, fast forward to Dec. 17, 2014, when President Barack Obama announced his intention to begin “normalizing relations with Cuba.” On that same day, the “USA Rice Daily” reported that Betsy Ward, president and CEO of the USA Rice Federation, said, “Since the mid-1990s, USA Rice has taken leadership among commodity groups in calling for an end to the economic and travel embargo on Cuba, so we’re encouraged by today’s announcement.”

Milo Hamilton, senior economist at Firstgrain, Inc., and author of When Rice Shakes the World, noted on Dec. 17, “I am hopeful, but less optimistic, that rice will go to Cuba in the near term. However, if it does, it probably will be backed with funds from the United States, not a private commercial transaction at this point. The good news is that we are closer to opening up Cuba than we were earlier this morning, that is for sure.”

And so, as the hands on Cuban clocks begin to move once more, pots of water on Cuban stoves start to boil in anticipation that U.S. rice soon will be there to fill them. Hopefully, the wait will be short, and they will not be disappointed.