Will ‘Godzilla’ of an El Niño be a boon or a bust? 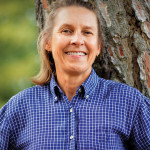 In this day and age when the Kardashians can pass for entertainment and a reality TV star can run for president, it’s no surprise that the current El Niño has been dubbed “Godzilla” because of its potential star power.

Although much of the attention has been focused on how this weather event will help California’s lingering drought, it also is having global implications, says Joel Widener, founding partner and chief administrative officer of the Washington, D.C.-based Commodity Weather Group. His comments came during the recent USA Rice Outlook Conference in New Orleans.

El Niño develops when water in the equatorial area of the Pacific Ocean warms by at least 0.5 degrees Celsius — roughly 0.9 degrees Fahrenheit — for three or more months. Conversely, La Niña develops if water in the same region cools by at least 0.5 degrees C for three or more months. Depending on the definition, the current El Niño ranks in the top four strongest since 1950.

During a typical winter, storms tend to originate in the Arctic, sweep south along the western United States, loop around the South and head back north along the East. But El Niño changes the jet stream so it runs straight east-west across the middle of the United States, bringing milder temperatures and wetter conditions to much of the country.

Parts of Texas saw record rains accompanied by flooding in late October and early November. The moisture helped replenish reservoirs within the Lower Colorado River Authority to the point where rice producers west of Houston have been told to expect 100 percent deliveries in 2016 for the first crop. For the past four seasons, the LCRA had suspended water deliveries to downstream ag users because of low reservoir levels.

The current El Niño appears to have peaked and will slowly evolve into La Niña, Widener says. Nevertheless, he says the largest amounts of precipitation are likely to come this month and into February.

“It’s too early to tell whether El Niño is a bust in California — the last half of the winter will make a difference,” Widener says. Through mid-December, Sierra Nevada snowpack was about 80 percent of historical average.

For other parts of the world, El Niño has meant droughts, which can affect global rice supplies. Indonesia and southeast Asia, for example, saw dry conditions in the fall, Widener says. Altogether, the lack of moisture is expected to reduce global rice production by about 10 percent, he says.

The big question remains, will these current weather patterns that have been compared to a Hollywood monster live up to their billing? As they say in the entertainment industry, “stay tuned.”