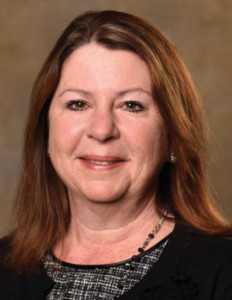 Our most successful USA Rice Outlook Conference ever is freshly behind us and a new year is stretching out before us, so this seems like a good time to lay out some of our key priorities for 2016.

International Trade
With nearly half of our crop exported each year to more than 110 countries around the world, having a healthy international trade program is vital. USA Rice maintains programs in about 30 of those countries with activities ranging from basic trade servicing to major public relations and advertising campaigns.

We also have a robust trade agenda to tackle issues, such as tariffs and non-tariff trade barriers,  and support subsidies in competing rice-producing countries.

Here are a few of the challenges and opportunities you may be following in the news.

Continuing the Fight in Old Markets
Iraq could be a fairly good-sized market for us, but lately we’ve seen the United States shut out of tender after tender. In response, USA Rice has brought Iraqi officials to rice country, held technical meetings and seminars, worked closely with U.S officials in Iraq — including the U.S. ambassador — and most recently hired an Iraqi representative on the ground in Baghdad.

Ultimately, our efforts will only take us so far because that country is in a state of chaos. But we continue to position ourselves to seize opportunities in this important market and expect to make additional sales in 2016.

Despite being virtually shut out of Europe since 2006, the United Kingdom has been a small but solid market for us. Traditionally, it has been all ethnic where the large Chinese and Afro-Caribbean populations prefer U.S. rice. Thanks to aggressive outreach and committed partners, U.S.-origin rice now appears on mainstream retail shelves. This year we’ll be working to expand our reach and to remove language in procurement policies that unfairly prejudices buyers against U.S. rice.

Developing New Markets
You’ve surely been reading about developments in Cuba, at one time the No. 1 destination for U.S. rice, and China, the largest consumer of rice in the world.

We’ve been actively working in both markets for years, anticipating the day when U.S. rice can legally be imported. We think that day is coming in 2016 — certainly for China — and we will be ready. Cuba may take more time to materialize, but here, too, we continue to prepare.

Trade deals
You’ve undoubtedly heard about the Trans Pacific Partnership, the massive, 12-country trade deal that the Obama Administration announced last year. Like many trade groups, we’ve yet to take a position on the deal. It has some apparent gains for the U.S. industry, but there are some drawbacks as well. Given politics in Washington and the presidential election, TPP may not come up for a Congressional vote until the end of 2016, if at all.

Domestic Issues
Here at home, we work to raise awareness and encourage use of U.S.-grown rice.  Over the past year, per-capita consumption has risen 1 pound to 26 pounds per person.

We also work on farm-specific issues, such as preparing for the next Farm Bill, taking on burdensome regulations and advocating for the best outcomes for rice farmers from the 2014 Farm Bill.

We had a huge victory in 2015 with new funding under the Resource Conservation Partnership Program to reward conservation efforts on the ground. We secured millions of dollars for rice growers, and we intend to build on this in 2016 while continuing to tell our sustainability story.

Share
Facebook
Twitter
Linkedin
Email
Print
Previous article
Will ‘Godzilla’ of an El Niño be a boon or a bust?
Next article
Rice Quality Matters: to Horizon Ag

Rice leading the way to zero

Climate-smart ag — rice can and should lead the way