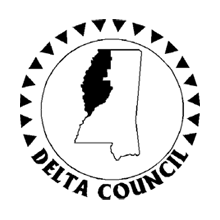 At its recent annual meeting at Delta State University in Cleveland, Mississippi, the Delta Council announced a new president and seven vice presidents who will serve for the coming year.

This year’s president is Woods Eastland of Indianola. A retired CEO of Staplcotn, he has served on numerous national agricultural boards and commissions. Woods also served as chairman of the National Cotton Council of America and has been an elected director of Delta Council for many years.

Elected as vice presidents for 2018-19 are Stanley Ayers of Leland, John Rodgers Brashier of Indianola, Pete Hunter of Clarksdale, B. Jones of Tchula, Floyd Melton III of Greenwood and Ransom Myers of Dundee. Andy Anderson of Rolling Fork is serving a second term as treasurer.

The Delta Council is an area economic development organization representing the 18 Delta and part-Delta counties of Northwest Mississippi.