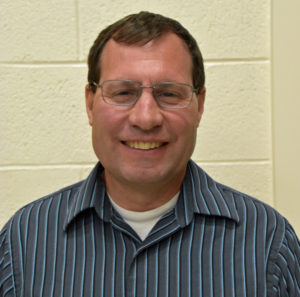 Dr. Russell Rasmussen has been named the new associate director of the California Rice Experiment Station in Biggs. He will work alongside current director Dr. Kent McKenzie and will take over as director when McKenzie retires Dec. 31.

“We have some overlap, which is a great model for hiring new people,” Rasmussen said.

Prior to joining the Rice Experiment Station, he worked in developing hybrid wheat for Syngenta and hybrid sorghum for NexSteppe, and was director of traits and technology for Alvin, Texas-based RiceTec.

Rasmussen said it was his experience helping develop hybrid rice that made him interested in this position.

“I enjoyed the rice work when I was down in Houston,” he said. “The fields are beautiful in the spring when they’re flooded with water. It’s an international crop that impacts so many people around the world. It’s just a fascinating crop.”

Rasmussen earned a bachelor’s and master’s of plant sciences at Utah State University and a doctorate in agricultural and horticultural plant breeding from the University of Minnesota.

His first day officially at the station will be Jan. 27.