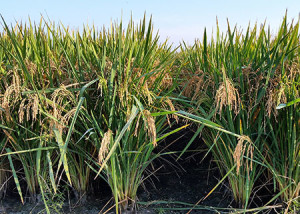 Thad has yields similar to Rex, released by the Experiment Station in 2010.

“Rex, a conventional, medium-amylose, high-yield rice variety, has been readily adopted by our producers, Ed Redoña, MAFES professor at the Delta Research and Extension Center in Stoneville, said in a news release. “Within three years after its release, it captured approximately 20 percent of total rice acreage in the state.”

Thad, on the other hand, is high in amylose and cooks up loose and fluffy, according to the release. High-amylose varieties also are popular in Latin American markets and are used for U.S. parboiled products.

Limited quantities of Thad foundation seed were available to certified seed growers during spring 2016. The 2017 growing season will be the first year that Thad will be commercially available for purchase as certified seed.

The MAFES rice breeding program is supported by long-term funding from the Mississippi Rice Promotion Board.