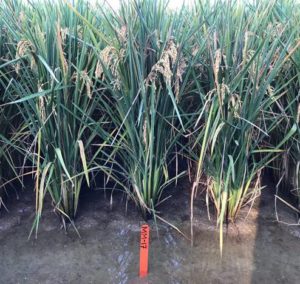 Researchers in Southeast Missouri State University’s Department of Agriculture and the Missouri Rice Research and Merchandising Council have released a new medium-grain variety, MM17, for the 2019 growing season.

Researchers in Southeast Missouri State University’s Department of Agriculture along with the Missouri Rice Research and Merchandising Council have released for the 2019 season a new rice variety bred for southeast Missouri.

Called MM17, it is a semi-dwarf, mid-season, medium-grain variety with excellent yield potential. It was developed by pedigree selection in Southeast’s Rice Research Greenhouse in Malden, Missouri, and at the Missouri Rice Research Farm in Glennonville, Missouri.

It is the result of Missouri rice breeding efforts over several years and represents the first released variety for the state.

Yielding says the new variety was grown in 2018 at the Missouri Rice Research Farm. The rice was harvested and bagged, with some of the seed reserved for breeder seed, which is now ready for sale to growers. 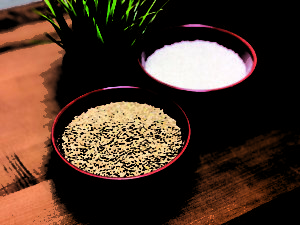 MM17 has low amylose, which makes it sticky. It also is a medium grain with a more rounded kernel shape compared to the more elongated long-grain varieties.

MM17 is a cross between a short-grain variety developed in Italy and an experimental line from the Cooperative Uniform Regional Rice Nursery.

The regional rice nursery is a multi-state rice evaluation program where varieties are evaluated by breeders across a spectrum of soils, climates, disease and insect pressures.

MM17’s low amylose content, which is what makes “sticky rice” sticky, is ideal for medium-grain table rice and restaurateurs who serve traditional rice recipes, especially for sushi-type cuisine, he says.

Missouri is typically a long-grain rice-producing state where traditional elongated rice grain is grown, whereas MM17 is a medium grain rice having a more rounded shape. Palate approval is important in cultures where rice is routinely served, Aide says.