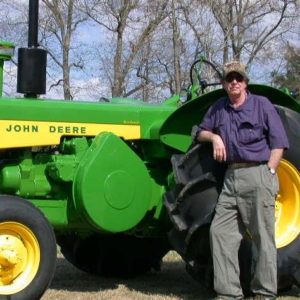 • Dr. Ford Baldwin
Baldwin is a retired University of Arkansas weed Extension specialist who operates a consulting business, Practical Weed Consultants. He has 43 years of experience in agriculture. Herbicide-resistant weeds continue to challenge famers, and Baldwin is regarded as one of the country’s top experts on this issue. A Fayetteville native, Baldwin earned bachelor’s and master’s degrees from the University of Arkansas and a doctorate from Oklahoma State University.

• Bill Bridgforth
Bridgforth is senior partner in the law firm of Ramsay, Bridgforth, Robinson and Raley, where he represents farmers and ranchers in Arkansas and the United States. His focus has been on educating and assisting farmers, ranchers, accountants and lawyers, particularly on issues involving federal farm programs. A Forrest City native, Bridgforth earned an undergraduate degree at the University of Arkansas in 1962 and a law degree in 1964.

• Dr. Lew Brinkley
Brinkley has spent 46 years  as a professor of agricultural economics, department administrator, student adviser and mentor at Arkansas State University. When he retired from full-time service in 2005, the ASU College of Agriculture alumni established the L.E. Brinkley Endowment for Student Development to provide ongoing support of student activities. A native of west Tennessee, Brinkley earned an undergraduate degree at Lambuth University in 1964 and later earned masters and doctorate degrees in agricultural economics from the University of Tennessee.

• Dr. John Clark
Clark is considered a leading expert in the field of fruit crop genetics and breeding, particularly blackberries, grapes, nectarines and peaches. A distinguished professor in the department of horticulture at the University of Arkansas, he served as president of the American Society for Horticultural Science. He has released 62 fruit cultivars, with more than 21 million plants sold.

Clark’s development of the thornless, large-fruited blackberries was just the first of many innovations in the blackberry industry. His most meaningful success might well be the development of new genetics and production practices that will enable the availability of fresh blackberry fruit year-round. A Jackson, Mississippi, native, Clark earned undergraduate and masters degrees in horticulture from Mississippi State University. He earned a doctorate in plant science from the University of Arkansas in 1983. Upon earning his doctorate, he was named resident director of the Fruit Research Station in Clarksville, Arkansas.

• Peggy Clark
Clark is owner and manager of Clark Timberlands and has been synonymous with sustainable forestry for almost 40 years. Clark assumed the role of manager of the family timber, cattle and real estate investment business in 1987 after the death of her father, Charles Clark.

She has grown the timber business to encompass timberland in eight south-central Arkansas counties and includes other real estate investments, a livestock auction, and a working farm and cattle ranch. She was the first woman appointed to the Arkansas Forestry Commission, the first female president of the Arkansas Forestry Association, the first woman to serve as president of the national Forestry Landowners Association and the first female elected to First Commercial Corp.’s board of directors.

• Adam McClung (posthumous)
McClung served as executive vice president of the Arkansas Cattlemen’s Association from 2009-17, generating membership growth over that span and creating the Young Cattlemen’s Leadership Class. McClung died suddenly Aug. 6, 2017. He was 37. His efforts to bring positive change to the beef industry and all of agriculture spurred the White House and the U.S. Department of Agriculture to recognize him in 2014 as one of 15 “Champions of Change” from across the country.

A Conway native, McClung attended Eastern Oklahoma State College and Oklahoma State University on livestock judging scholarships, earning a bachelor’s degree in animal science from OSU. He was director of membership at the Arkansas Cattlemen’s Association from 2006-08, then moved to the Oklahoma Beef Council as director of industry relations. He returned to Arkansas in 2009 to lead the membership and legislative efforts of the Arkansas Cattlemen’s Association.