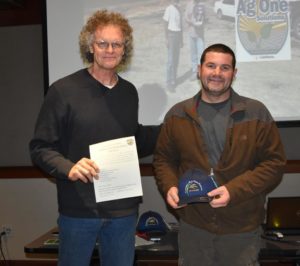 In 2015, University of California Cooperative Extension began the UCCE Rice Yield Contest as a pilot study in Butte
County.

Due to its success, the contest was expanded in 2016 to include all of Sacramento Valley.

Because of possible yield potential differences, the valley was divided up into four regions using Highway 20 and the Sacramento River as dividing lines.

For these contests, harvest and weighing are closely monitored by UCCE personnel. Yields are determined from a minimum of 3 acres from a 10-acre test plot and reported at 14 percent moisture.

In 2017, more than 20 growers entered; however, many withdrew from the contest as overall yields were lower than they have been accustomed to.

Indeed, many growers reported that yields were about 10 to 15 percent lower than previous years.

And compared to previous years, the winning yield contest fields had yields that were lower than we saw in 2015 and 2016.

That said, there were still some very respectable yields.

Interestingly, all winning entries were the variety M-209. Nitrogen rates ranged from 152 to 172 pounds nitrogen per acre.

UCCE thanks the participants and Ag One Solutions, which provided the prizes for the winners. Each winner received an aerial drone flight and images covering up to 200 acres of rice land, an $800 value.