Weed Spectrum And Timeliness Are Key

Growing up on a rice farm that my dad, John, and uncle, Reggie, operated in Acadia Parish, La., influenced my decision to pursue agriculture as a career. After graduating from McNeese, I started treating seed for G&H Seed Co. in Crowley. Four years ago, I had the opportunity to move out of the warehouse and into the field as a consultant for G&H – now Sanders – in Eunice.

This past year, cold weather slowed the rice early in the season. When temperatures warmed up and the crop started growing, we thought we were looking at a great year. Unfortunately, the historic flood that occurred in August devastated much of the rice crop. Yields dropped 5 to 15 barrels (about 16 to 49 bushels) per acre, but overall it turned out to be a fair year for some farmers.

The most troublesome weed we have in rice is Neally sprangletop, which is now creeping across all parts of Louisiana. To determine what herbicide to spray, you have to consider the full weed spectrum present in the field. RiceStar HT, which is a grass herbicide, controls sprangletop but has no activity on fall panicum.

It has to be applied by itself right before or right at flood. We’ve also had some success with Command herbicide applied as an early pre-emerge.

RebelEX, a broad-spectrum herbicide, is a good choice where both broadleaf weeds and grass are present, especially in a wet year. It has activity on less than three-leaf sprangletop and will pretty much take out every single weed in the field except yellow nutsedge. To achieve the best results, apply RebelEX by air to “soupy” ground or even where there is a shallow film of water. And if farmers can’t apply Newpath herbicide to Clearfield rice because of close proximity to conventional varieties, RebelEX is an effective option to manage grass.

Grasp Xtra also provides good control of many broadleaf weeds, especially alligator weed while Grasp SC takes out troublesome grasses, such as barnyardgrass. I also am looking forward to Loyant herbicide, which will be available in the near future. The field trials I’ve seen indicate Loyant will help where we have herbicide resistance.

In planning a weed control strategy for the 2017 rice-growing season, be sure to include pre-emerge herbicides to control grass, particularly where resistance is an issue. If you are looking at ways to cut costs because of the depressed price of rice, consider planting some conventional varieties or incorporating more pinpoint flood planting practices into your operation.

On a positive note, keep going strong and don’t be discouraged. Some of the new varieties coming out appear to have improved yields on both the first crop and the ratoon crop. In a lower-price
environment, this should help out a lot. 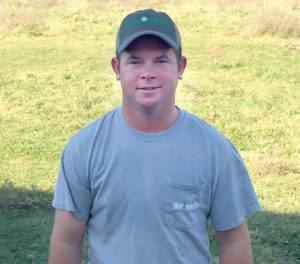