Rice industry sets priorities for the next Farm Bill

I’m not going to lie to you — things in Washington, D.C., are a little strange. Important positions in some federal agencies are going unfilled, at times the administration appears to be at war with itself and Congress is more divided than ever. So we were thrilled to receive good news last month when Congress, in passing a short-term budget agreement, actually worked out some issues that were threatening to trip up the Farm Bill.

Dairy and cotton were addressed in the early February budget compromise in a way that will not affect funding available for the Farm Bill, so we actually head into the spring with a good deal of momentum. And we are all going to need it, because the Farm Bill can be a nail biter at times.

I believe our expectations are completely realistic. The root of many issues within this legislation — or most agriculture laws and regulations in general — stems from a lack of understanding. We all know how far most Americans are removed from their food and where and how it is grown. It’s not just children who may think hamburgers “come from McDonalds.” Do you think every member of Congress has been to a rice farm? That they know what you are doing? The challenges you face?

Intellectually many of them do. But reading about it and seeing it are not the same thing. And I know you can appreciate that.

This is why it is so important that we head into the Farm Bill season with clearly delineated goals and objectives, and concise messages that are backed by facts and science. I think our policy committees have done an excellent job once again getting us ready for the challenges ahead, and I commend them for their work, dedication and foresight. With that, I will share some of the guiding principles they have established for our industry. 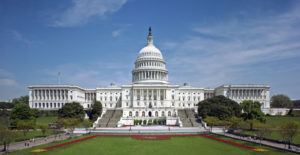 First, we would like lawmakers to recognize that the Farm Bill is more than four times as effective at reducing the deficit as it was projected to be. Overall Farm Bill funding must be protected, and the new legislation should cover a period of not less than five years to provide as much certainty as possible as you make your plans.

It is vital the bill includes a viable counter-cyclical price protection program with a statutorily set price floor. And price loss coverage, or PLC, would be more effective if delivered sooner than the current program structure allows, perhaps through partial or advanced payments based on estimated payments.

“Actively engaged in farming” regulations are arbitrary and overly burdensome. They should be simplified, adding common sense and a dose of reality to make Title I support available to all farms regardless of size or structure.

We all know rice tells perhaps the greatest agricultural conservation story. As such, the Conservation Title of the Farm Bill is important. We would like to keep funding intact, especially for the working lands programs.

We’re also seeking assurances that the Conservation Stewardship Program remains incentive based and is not transformed into a cost-share program similar to the Environmental Quality Incentive Program. We also want to ensure the Regional

Conservation Partnership Program is fully funded and that any changes do not adversely affect the rice industry.

We know crop insurance is still not quite there for rice. So we’re directing U.S. Department of Agriculture’s Risk Management Agency to develop standards that would allow conventional flooding, intermittent flooding, alternate wetting and drying (AWD), and furrow irrigation as acceptable and insurable irrigation practices.

These are just a few of our principles that we have been and will continue to share with legislators and their staff as the new Farm Bill is drafted. I believe all of these expectations are realistic, achievable and in some cases, overdue. I hope you agree and will join me in making your voice heard on these issues.