People have been calling this new decade “The Roaring ’20s.” With the way things have been moving forward on the international trade front, that certainly seems to be the case.

New trade developments at the end of 2019 and the beginning of 2020 are pushing ahead, and the U.S. rice industry is poised to benefit from international markets as never before.

All the effort the rice industry has put into advocacy and policy is bearing fruit. Although there remains a lot of work to be done by our lawmakers and diplomats, all signs point to an exciting future.

At long last, the United States-Mexico-Canada Agreement, years in the making, was passed in the U.S. Senate, Jan. 16. The decision was an overwhelming bipartisan vote of 89-10. It just goes to show that our allies and friends in Congress are listening to us and that our efforts on the Hill every year make a big impact, even on members who represent non-rice-growing districts.

I know that U.S. rice growers must be hugely relieved to have this agreement finalized, so they can be guaranteed the market stability and economic freedom they need to trade with our North American neighbors. It will certainly be nice to get back to business as usual.

Meanwhile, great headway has been made with China after nearly two years of back-and-forth tariffs that had a huge impact on U.S. agriculture. In January, President Donald Trump signed the historic “Phase One” pact with China to end the dispute and normalize trade between the two nations. I’m honored to tell you that USA Rice Chair Charley Mathews Jr. was in the room when the deal was signed—a testament to our significance.

The benefits to U.S. agriculture are obvious, as China has agreed to import at least $80 billion of U.S. food, agricultural and seafood products over the next two years. The U.S. Department of Agriculture estimates that rice exports to China alone could be valued at $300 million annually.

As part of the deal, China will comply with World Trade Organization requirements and adjust its internal classification standards for U.S. rice, opening the door to rice exports fro this country after years of difficulty. For those in the rice industry who have been closely following China’s refusal to play by WTO rules and unfair importing standards for rice, this is a huge win.

The office of the U.S. Trade Representative also announced a long-awaited trade deal with South Korea at the end of 2019, ensuring the import of 132,304 metric tons of U.S. rice annually beginning this year. This certainty allows the industry to make long-term plans and gives us a secure, guaranteed market for years to come. 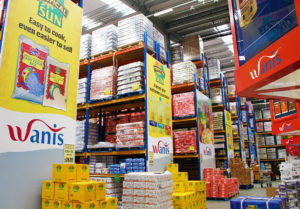 U.S. growers can benefit from stable market access, and Korean consumers can enjoy the high quality and cost-competitive rice the United States is famous for worldwide. It’s a win-win.

As trade deals around the world are falling into place, the United Kingdom and the European Union are still hashing out their differences. Brexit is coming into focus after four years of fits and starts, but the implications for U.S. rice — what kind of market a newly “independent” U.K. will be and where existing tariff rate quotas will end up — remain to be seen.

USA Rice has attended meetings in the U.K. and EU with key importers and traders, and is in regular contact with the USTR’s office as they continue to make the region a top priority.

The 2010s were all about change, and the 2020s are already set to see those changes come together into a new status quo of fair, functional and respectful trade relationships. The year is off to a good start, with more positive developments on the way.