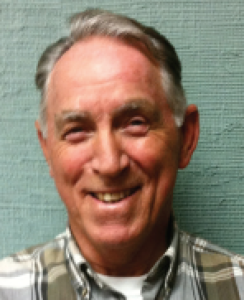 Due to a long dry fall, Missouri growers have leveled and prepared their fields and are ready to plant. Recent rains have saturated our soils, so early seeding has been delayed, which is OK because we still have time to plant our estimated 200,000 acres.

Early insects and diseases reduce yield and quality and increase production cost, which lowers profit. I follow University of Arkansas recommendations to always plant treated seed. Integrated plant management and consultants are a great investment, and we should never let our guard down checking fields.

High-yielding hybrid and conventional varieties need to be scouted closely for early insect and disease detection, so control applications can be made in a timely manner. Hybrid varieties generally have a better disease package, but don’t ignore scouting them.

Although disease and insect pressure has been relatively low in Missouri the past few years, isolated areas of the state were hit hard by sheath blight, blast, stalk borers and stink bugs in 2017.

Now is the time to nail down your 2018 fertility program. Starting in 2013, I was the old man on an otherwise young team that studied a single optimum preflood nitrogen application by monitoring the plant N status using the GreenSeeker handheld at midseason compared to a split N application system.

On most soils, research has shown that a single application of an optimum amount of N before flooding results in equal or better yields than the traditional two- or three-way split application and usually requires less total N to achieve maximum yields.

Our work has shown that the new, early maturing varieties are more adapted to the single pre-flood system. The split application can’t always completely recover the yield of stressed plants.

A split application can still be used effectively as long as the pre-flood N application is managed correctly. A nitrogen reference strip in your field and the GreenSeeker can make your N decisions much easier.

I’m retiring for the third time in May, so this will be my last article. I want to thank Dr. Bobby Huey of the University of Arkansas for teaching me rice production starting in 1970.

Also thanks to all university professors, consultants, industry farmers and everyone across the U.S. Rice Belt. Most of all, I thank God for giving me the health and strength to wade the mud.